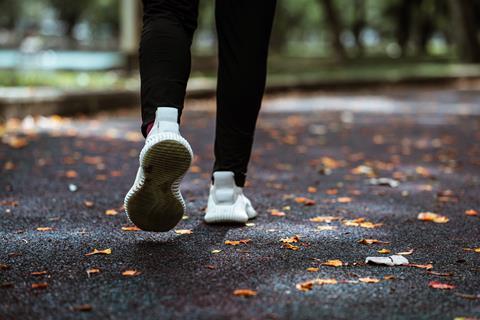 The government’s obesity strategy is facing a major shake-up after the government announced a new Office for Health Promotion.

It said the new body would seek to spearhead a “step change in public health policy”, including action to tackle obesity and promote physical activity.

The new body, reporting to health secretary Matt Hancock and chief medical officer Chris Whitty, will sit within the Department of Health, which the Grocer understands will be taking control of the obesity strategy from Public Health England, which is being wound up by the autumn.

Industry and campaign sources both suggested the new move left serious questions over the future of the industry’s voluntary reformulation programme, including PHE’s unfinished programmes to try to slash sugar, salt and calories, as well as the looming bans of junk food advertising and HFSS promotions in store.

While prioritising the fight against obesity because of its link as a key risk factor in the coronavirus pandemic, the government has also suggested it will put healthy lifestyles at the centre of its strategy, rather than target setting.

The government sad the OHP’s remit would be to “systematically tackle the top preventable risk factors causing death and ill health in the UK”, including enabling more joined-up, sustained action between national and local government and the NHS.

It will work across both national and local government as well as with the NHS, academia, the third sector, scientists, researchers and industry to develop what the government said would be “evidence-informed policies”.

Ministers are planning a new health and care white paper, to put healthy lifestyles at the centre of its policy, following the previous announcement to the UK Health Security Agency, which will take over PHE’s health security role from next month.

“The new Office for Health Promotion will be crucial in tackling the causes, not just the symptoms, of poor health and improving prevention of illnesses and disease,” said prime minister Boris Johnson.

“Covid-19 has demonstrated the importance of physical health in our ability to tackle such illnesses, and we must continue to help people to lead healthy lives so that we can all better prevent and fight illnesses.”

However, one leading health campaigner told The Grocer they feared putting the onus on prevention could see the government back away from its plans to regulate the industry.

“We understand the public health remit of PHE is to sit within the DH, which will oversee this new body the OHP. It does raise all sorts of questions about which way the government will go in the future of public health and the obesity strategy.”

Despite some signals of a more activity-based approach, the government is coming under increasing pressure to extend taxes like the Soft Drinks Industry Levy. Leon restaurant chain founder Henry Dimbleby is widely expected to recommend fiscal measures in his National Food Strategy, due out in July.

The Grocer reported last month the report will call for a major shake-up of the food system to tackle obesity.

Christopher Snowdon, head of lifestyle economics at the Institute of Economic Affairs, said the OHP needed to avoid repeating the mistakes of PHE, which he described as “bossy, puritanical and illiberal”.

“The new agency needs to focus on practical steps to educate the public,” said Snowdon.

“There is an appetite among the public for health improvement, but the sledgehammer approach of taxes and bans favoured by Public Health England has run its course.”