Blanket advertising bans will not deliver results on childhood obesity 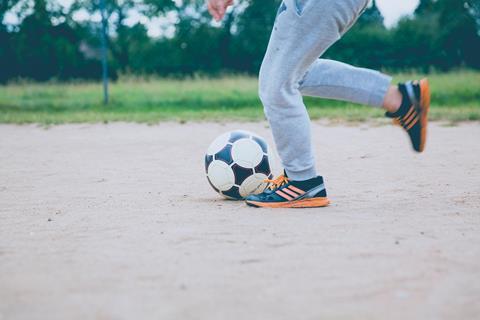 Industry remains committed to playing a full and enthusiastic role in encouraging healthy lifestyles, while also contributing to the economic growth

Last week, an opinion piece in The Grocer argued why ‘we need to ban unhealthy food ads on social media’. That title summed up the one-dimensional way this argument is often framed. Food is either healthy or unhealthy and there is little discussion of what foods might be covered by a ban or what forms of media and communications would be banned for little effect on levels of obesity.

Anything touching on the health of children is rightly sensitive. Industry fully appreciates that childhood obesity is a problem in the UK and needs to be tackled. That’s why the advertising, food and drink and media industries have supported healthy lifestyle initiatives, reformulated food and drink products in line with government policy and reduced exposure to advertising for HFSS products in both broadcast and non-broadcast media through advertising restrictions.

The channels of communication and types of food and drink that could be covered by the proposed online HFSS ad ban are wide and would likely cover categories including soft and milk-based drinks, snacks, confectionery, yoghurts, ready meals, cereals, cakes and biscuits. Channels such as social media posts, emails, online display and paid-for ads could be included.

The government’s own evidence estimates that the online ad ban would reduce a child’s calorie intake by 2.84 calories per day – equivalent to about two thirds of a Smartie or walking for 25 seconds.

Rules in the UK on HFSS ads are already among the strictest in the world and prevent these ads being targeted at young people under the age of 16 across all media. HFSS ads are also not allowed on websites of particular appeal to children.

I appreciate, as the recent article in The Grocer points out, that children have been learning from home online over the past year, but websites they use in their school life and for education should already be covered by the rules. Also highlighted is research from Cancer Research UK that ‘nearly nine out of 10 teenagers have been exposed to unhealthy foods on social media’. Quite apart from the shakiness of relying on personal recall of ads over the course of a month, 47% of the research cohort were aged 16 to 19 versus 53% aged 11 to 15. So almost half can receive HFSS adverts, according to the rules currently in place. It is therefore wrong to infer that brands or platforms are acting incorrectly.

The £28bn food and soft drink industry employs 430,000 people directly and supports hundreds of thousands of jobs indirectly through the supply chain. Advertising supports a further million jobs and finances British culture, media content and sport valued at £10bn a year. We believe the ban would have considerable and damaging economic consequences for businesses, from SMEs to multinationals.

It would have a significant negative impact on competition, with less incentive for manufacturers to innovate and reformulate food and drink products through a reduction in routes to market and means of reaching consumers. Some products, with all the reformulating will in the world, will never reach the threshold to enable them to advertise because of the intrinsic ingredient make-up.

The advertising industry has long supported successful initiatives such as The Daily Mile, which encourages children to walk, jog, or run a mile each day in school, and the Eat Them To Defeat Them campaign to encourage children to eat more vegetables. Brands have also supported healthy living and exercise campaigns in communities across the country.

The government should look to the well-proven ASA system to ensure children are adequately protected in terms of exposure to HFSS advertisements. Coupled with the codes, targeting, age gates and other measures that the advertising industry has put into place, these all demonstrate the agile and positive ways that industry has tried to encourage healthier lifestyles.

Industry remains committed to playing a full and enthusiastic role in encouraging healthy lifestyles, while also contributing to the economic growth and success we need to see. It would be wrong if the success of two cornerstones of our economy – advertising and food and drink manufacturing – were scuppered for the sake of ineffective government policy.

The pursuit of an aim to lower childhood obesity is something we all wish to see, but it will not be delivered by blanket bans across the online waterfront on the everyday items we all enjoy.