The Grocer Own Label Accreditation Scheme

Stacey Solomon to host The Grocer Own Label Awards 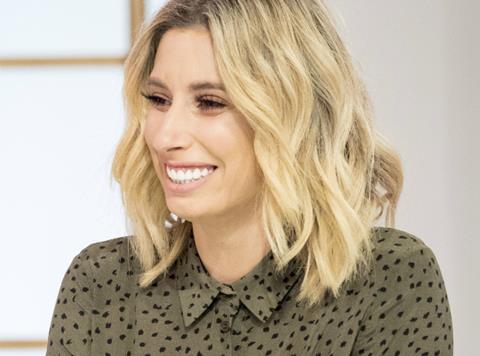 Singer and TV presenter Stacey Solomon has been unveiled as the celebrity guest of The Grocer’s 2018 Own Label Food & Drink Awards.

The Loose Women panellist from Essex came to fame in 2009 as a contestant on The X Factor, and two years later appeared in a series of TV ads for Iceland. She will co-host The Grocer’s awards ceremony on Friday 11 May alongside the magazine’s editor, Adam Leyland. Winners and runners-up of the world’s largest celebration of private label food and drink will be announced at a lavish lunch at the London Hilton on Park Lane.

See details on how to book your place at the event.

The shortlisted entries then underwent a second round of scrutiny. They were blind tasted by an expert panel of judges, which comprised development chefs, food scientists, brand owners, marketing consultants and other food and drink professionals.

The announcement of Solomon as the awards’ presenter comes as sales of own label premium lines are rapidly gaining ground. Over the past four years, top-tier own labels such as Tesco Finest and Sainsbury’s Taste the Difference have shot up 36% in value to be worth £3.7m – as a result of more in-store marketing, the rise in posh dining at home, and greater innovation [Kantar Worldpanel 52 w/e 25 March 2018]. That figure is six times faster than the rate of growth of total own label, which has risen by 6% over the same period to £111.6m.