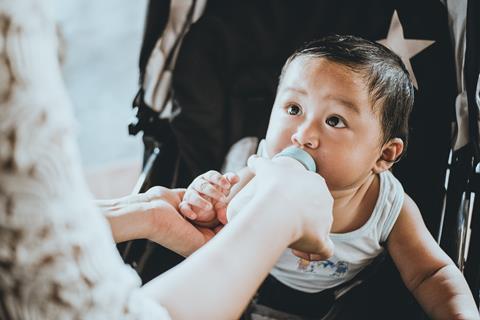 As Brits cooked more and ate all their meals at home, there was less need for prepared meals, or on-the-go pouches and snacks

This year has been anything but child’s play for babyfood brands. Their value is down £10.1m on volumes that have tumbled by 7.6%. Only five names in the category’s top 20 managed to shift more units.

Like most things this year, this was largely down to the pandemic. As locked down Brits cooked more and ate all their meals at home, there was less need for prepared meals, or on-the-go pouches and snacks.

“We know from talking to parents and carers that the pandemic has caused huge shifts in their approach to feeding their little ones,” says Ella’s Kitchen CEO Mark Cuddigan. “In the early days of the pandemic, there was a lot more time at home and therefore parents reconnected with the joy of cooking and preparing food for their little ones.”

That’s been good news for some brands. See Little Freddie, which grew its value by 62.1% – albeit from a small base of £666k. Its commercial director, Richard Kier, says its fruit & vegetable pouches have become popular as ingredients for homemade dishes. Tellingly, though, the brand also experienced some “decrease in demand for complete meals”.

And even on-trend brands like Little Freddie had to deal with the challenges of pandemic-driven buying habits. As lockdowns and tiers came and went, the entire category experienced periods of feast and famine. As Nielsen analytics team leader Stephen Bough puts it: “While Covid had a huge short-term impact on the category, this was very much a case of moving purchasing around rather than changing it.”

Four weeks of stockpiling up to lockdown in late March “were followed by 12 weeks of reduced sales as people consumed those stockpiles,” he adds. “After that, sales returned to where they had been previously: down on the previous year. The category showed no signs of expandability.”

To make matters worse for the big names, they’re losing shelf space as grocers focus on their own ranges and challenger brands.

“With own label ranges in many instances superior to branded offerings, the role of heritage brands has increasingly been questioned, with range and space lost to challengers or increased own label offerings,” says Kier.

By heritage brands, he means the likes of 91-year-old Cow & Gate – which has suffered a torrid 2020. It’s shed 15% of value and 17.3% of volumes. “It’s been a year of both challenge and opportunity,” insists Clare Denham, head shopper & category development at Cow & Gate owner Danone.

At the same time, Denham points to the UK birth rate as an issue for all babyfood brands. According to the Office for National Statistics, there were 640,370 live births in 2019 across England and Wales. This marked a decrease of 2.5% on 2018 and a 12.2% decline since the most recent peak in 2012.

“Simply put, there were less babies to feed than the year before,” says Denham. “From an overall performance perspective, further declining birth rates continue to have an impact on sales, which means all market players have needed to adjust their growth mindset.”

But there’s no denying some players are withstanding the falling birth rate better than others. The most robust brands seem to be those that emphasise their credentials across growing areas of interest, such as sustainability, free-from, organic or vegetarian/vegan.

Suppliers have seen “record growth” in these areas, claims Ross McMahon, CEO of organic brand Kendamil, one of only two top 10 babymilk suppliers to grow volumes this year. The rise of plant-based, for instance, “is a growing trend in the babyfood category, with parents increasingly questioning the need for ingredients like fish oil when plant-based alternatives exist,” he says.

In light of that trend, Little Dish has seen an “increasing number” of parents reaching for “more fresh, plant-based options” says MD Shonagh Primrose. The brand this year secured listings with Sainsbury’s for two vegan dishes.

Meanwhile, Ella’s Kitchen has taken the lead on the sustainability front. In November, it launched a recycling programme for babyfood and yoghurt pouches. Run in partnership with Danone Yogurt and TerraCycle, the programme accepts packaging of any brand, building on Ella’s previous recycling schemes. “We are doubling down on our efforts to reduce the environmental impact of our business,” Cuddigan says.

Little Freddie followed suit in January, evolving its recycling scheme to accept plastic pouches from any babyfood brand. It’s the sort of move that will be crucial for babyfood suppliers in the coming year, Keir warns: “Brands without a clear point of difference will increasingly struggle.” 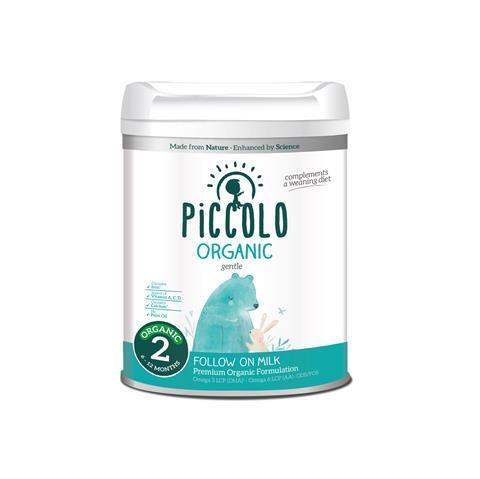 Organic brand Piccolo made its formula milk debut in February. Taking on offers from Danone and Nestlé, the trio of formulas entered a strongly regulated and scrutinised market. The range is a category first, Piccolo claims, because it comprises the only infant, follow-on and growing-up formulas made with milk from certified-organic farms. Backed by a £2m push, its launch was followed by further NPD including ambient yoghurt pouches, powdered stocks and a duo of high-fibre snacks.