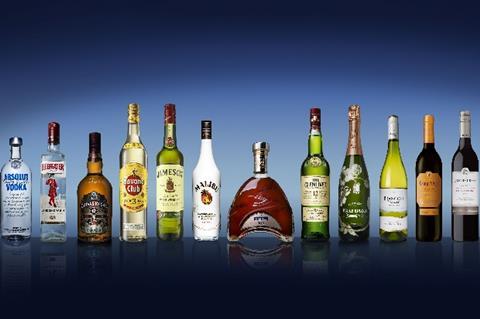 The Grocer understands other alcohol suppliers have also cut back their support to Unitas, leading to frustration for some of its wholesale members

Diageo enjoyed long-standing relationships with Today’s Group and Landmark Wholesale prior to their merger to form Unitas in October 2018. It had not sold directly through Unitas.

At the time of the merger, Unitas flagged up its increased buying power via the combined £9.2bn of sales from its wholesale members as a key reason for joining forces.

The Guinness, Baileys and Smirnoff maker is understood to have withdrawn from Unitas in July and is looking to focus on working directly with wholesalers.

“We are committed to investing in the trade and following a review, have decided to support the independent wholesale channel directly. We believe this will deliver greater benefit to our customers over the next few years,” said a Diageo spokeswoman.

The Grocer understands other alcohol suppliers have also cut back their support to Unitas, leading to frustration for some of its wholesale members.

The buying group did not comment directly on the situation with Diageo. However, managing director Darren Goldney told The Grocer that “Unitas is in excellent health and both member and supplier feedback is positive”.

“In November 2018, we set out ambitious plans for the future and we are absolutely delighted that just one year in, we’ve not only simplified our route to market offering for suppliers to make ourselves more efficient, but we have also made demonstrable step changes in our capabilities to execute, not just in the wholesale environment but in front of the consumer.”