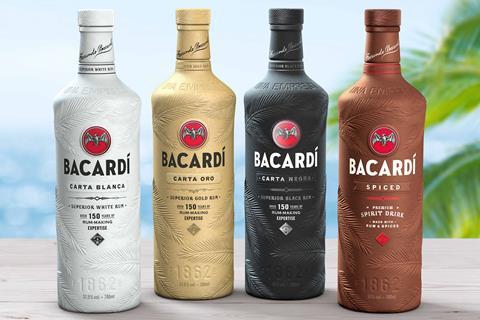 Bacardi has unveiled plans to launch what it claims will be the world’s most eco-friendly spirits bottle.

It has created a bottle made from a plant-based biopolymer called Nodax PHA, which biodegrades in just 18 months without leaving behind any trace of microplastics.

The spirits giant wants to have the bottles on shelves by 2023, with an eye to replacing more than 80 million plastic bottles and slashing 3,000 tonnes of plastic per year from the supply chain.

Plastic bottles, by comparison, can take more than 400 years to decompose.

Bacardi’s eponymous rum brand will be the first spirit in its portfolio to move into the new bottles, with a wider rollout across its entire supply chain to follow.

The material will also be used to replace the plastic closures found in the neck of its glass bottles.

The spirits giant said it was also creating a sustainably-sourced paper bottle which “will have equally strong environmental credentials while ensuring the quality and taste of the spirit inside a bottle made of paper is as exceptional as one made of glass”.

Bacardi had “always believed in respecting the world’s natural resources and acting responsibly, from the sustainable sourcing of our sugarcane to the water and energy used to make our rum”, said its senior VP Ned Duggan.

“We’re now excited to be pioneering this new biopolymer technology for the benefit of all Bacardi brands and the entire spirits industry.”

Bacardi wants to to be completely plastic-free in the next 10 years, including all plastic gift box materials and plastic PoS materials.