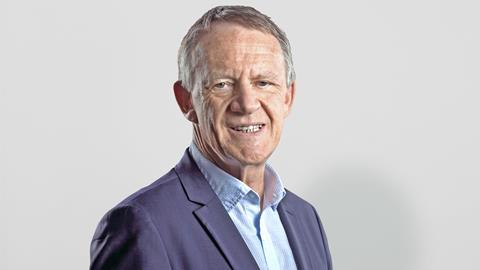 The newspaper headlines of mid-March are permanently imprinted on the mind of Chris Tyas, the Nestlé veteran who has led the industry’s ‘war room’ since the outbreak of the coronavirus pandemic.

In those “dark days”, he recalls respected professors warning the public would be issued with ration books within two weeks. Predictions of riots and the breakdown of supply chains hit the front pages.

At that time, he was approached by two supermarket CEOs with a daunting proposal: to chair the Food Resilience Industry Forum, in a new role as Defra’s director of food supply. It had one mission only, which was to keep the wheels turning and the nation fed.

“It was around 19 March,” recalls Tyas, whose 40-year career spans senior roles with Mars and Nestlé, for whom he was formerly head of supply chain.

“It was literally just a call from a couple of retail CEOs and at that stage it was pretty unclear how the situation was going to pan out.”

Nine months on, the focus of this ‘war room’ has switched somewhat from reacting to the pandemic, to planning ahead for Brexit. However daunting the latter may be, Covid no doubt leaves Tyas well prepared.

Because in March, no one had planned for the eventuality of food shortages. Suddenly, panic-buying swept across the UK and basic items – soap, paracetamol, toilet roll, pasta and rice – were stripped from the shelves. The prospect of the food supply chain collapsing under the pressure seemed very real indeed.

“We were seeing newspaper headlines at that stage talking about food rationing within weeks,” says Tyas. “I remember a particular headline in the Telegraph and Professor Tim Lang was talking about it.”

The urgency prompted Defra director general David Kennedy to write to the CEOs on that Saturday. “The war room was up and running by the Wednesday.”

At the start, the talks very much felt like a crisis response, with as many as 150 industry leaders on a call at any one time. “We had to start from scratch,” says Tyas. “It started off really straight out of the playbook of any crisis management situation – except at that stage nobody had a playbook for Covid, and nobody knew what was going to emerge.”

Arguably, it needn’t have been that frantic. The government has faced huge criticism for being slow to respond to the crisis, especially as panic-buying was unfolding across southern Europe weeks beforehand. It led to a damning report by the Efra committee, which accused ministers of being too slow to address issues such as personal PPE and the lack of capacity of online delivery to feed vulnerable groups.

Tyas is much too savvy to attack his bosses, but stresses the government wasn’t the only one unprepared for the crisis. “I would say it was a very exceptional situation and I think there were lots of companies that were not well prepared for this either.

“I think Defra has very good stakeholder management but it tends to be in silos,” he adds. “The whole point of the war room was to bring the whole agri-food supply chain together involving companies directly at an operational trade level rather than purely trade associations. Trade associations have an important role to play but they tend to represent smaller companies who don’t have the resources for a forum like that.”

In that first phase of the crisis, the war room prioritised four key issues: people, orders, production and transport. The looming workforce crisis was perhaps the grimmest situation of all. “Absenteeism was clearly a key worry,” says Tyas. “As we saw absence spiralling that was probably the worst time. We never knew really when absence was going to peak.”

His fears were well-founded. During the month of April, absentee levels at many factories reached the dreaded 20% level that many had warned would force production lines to close down. However, it wasn’t the Armageddon some predicted. “We managed to keep going,” he says. “If you asked anybody beforehand, they would have said that was not possible.”

Tyas says the war room’s early achievement of obtaining key worker status for those in the food industry was pivotal. “It extended to things like just getting a standard letter to show if you were on your way to a Tesco DC or a Heinz factory and stopped by a policeman. You could show you were an essential worker.”

The working group also successfully called on the government to temporarily suspend rules on competition for the industry, to allow co-ordination on food shortages and logistics. At one point, retailers were even considering an unheard-of move to share shop staff in case branches were forced to close down.

“The easing of competition law was a great facilitator,” says Tyas. “It made people talk together up and down the value chain with people who were otherwise competitors.

“The idea that people could compete together but work together for the common good, we really saw that in action in March, April, May this year,” he says.

Still, not everything was in their control. At the same time, Tyas and his colleagues were watching in horror as events across Europe saw Covid threaten to wreak havoc to the supply chain. “We had some dark days when we were worried about transport across the short straits, at Dover/Calais,” says Tyas.

“There are devices on vehicles using GPS and they trigger when a delay is more than two hours,” he explains. “We were there watching vehicles all across Europe with six hour-plus delays.”

His vast experience of crisis management came in handy at this time. “I suppose I had a bit of an advantage really, in that my last eight years were spent working primarily with a lot of travel out of an office in Switzerland, managing many crises. Horsemeat comes to mind and the Japanese tsunami, when we were dealing with offices all around the world, which could only be done by phone and video.

“I was tremendously impressed with how retailers and suppliers worked together”

“As I said early on to many of the team at Defra, at least we have an advantage in that everybody is on the same time zone,” he says.

Tyas admits the pandemic has changed the food industry permanently in some ways – not least by encouraging a massive shift towards online shopping.

“I think latest figures have shown that £13 out of every £100 spent on grocery in a week is online and home delivery. That compares with about £5 in every £100 prior to this current crisis.

“The increase in online and home delivery will undoubtedly stick to a large extent. Will we ever return to normal? There will be a new normal.”

One thing that suppliers hope won’t be part of the new normal is the huge range rationalisation that was driven by Covid. Although Tyas admits it was a challenge, he also sees it as a testament to the huge level of co-operation in the industry.

“I was tremendously impressed with how retailers and suppliers worked together. Range rationalisation was critically important throughout that period and clearly focusing on key SKUs meant that there were many manufacturing plants that produced as much as they did or more pre-Covid, but with 20% less people.”

Of course, that all died down somewhat over the summer, as Covid infections fell. But the second wave has seen the war room spring into action once again, with meetings now being held twice a week.

It is now at the heart of plans for the rollout of mass testing for food industry workers, with former Sainsbury’s boss turned Covid test and trace boss Mike Coupe last month presenting plans to the group. “The issues change on a daily basis and that’s one of the strengths of the forum format,” says Tyas. “We now have a forum where we bring all the operation decision makers together very quickly and are able to react.

“The example of Mike Coupe and lateral flow testing is a great one. The industry was able to pick up on it very, very quickly.”

“Testing is clearly a key issue whether that tests to enable or test to release. There are a lot of people in the food industry who are talking with the test team now,” he adds, with pilots already underway. “It is getting off the ground, very much so in the manufacturing area.”

Whether industry workers also get priority in vaccination is another key issue facing the group (though Tyas refuses to be drawn over whether he believes that should be the case).

Crucially, though, the war room is no longer just about Covid. It now looks set to address another threat that has been around much longer than Covid, and could be even more toxic: Brexit.

“What proves to be the bigger threat, Covid or Brexit, that depends a lot upon discussions in Brussels”

“When I joined there was only one mission, which was to get us through Covid,” says Tyas. “But when the war room was stood up again it was to meet the twin challenges of Covid and EU transition through the winter months.

“That includes whether we see demand peaks at Christmas, if we are hit by serious bad weather, which sadly I am all too aware of being a possibility.

“What proves to be the bigger threat, Covid or Brexit, that depends a lot upon discussions in Brussels. But the war room will continue throughout the whole Christmas and new year period and into January.”

Tyas uses a quote from one of the founding fathers of the US to sum up how he believes the industry must cope with the challenges.

“It was Benjamin Franklin who said ‘we must indeed all hang together, or most assuredly, we will all hang separately’. I think for me the food and drink industry over the course of the past eight months has hung together.

“We have collaborated and ensured people of this country have had regular supply of food and drink. And all those professors who were making the headlines have been proven wrong.”

Now on to the next challenge: to make sure those Brexit headlines are proven wrong, too.

Career: Worked at Mars and spent 16 years at Nestlé in various supply chain roles, across the UK and Switzerland. Also took on the role of chairman at GS1 UK in December 2018.