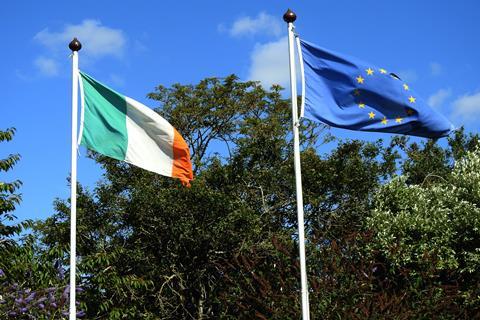 It is a surprising 28 years since ‘Groundhog Day’ passed into common English usage as shorthand for an apparently endless repetition of events with no escape – though it seems like only yesterday.

I got the same feeling on reading last week’s UK and EU statements about their latest talks on the Northern Ireland Protocol, referring to difficult outstanding issues and the need to intensify efforts in coming weeks. To complete the sense of déjà vu, we are again a matter of days away from an already postponed end-of-April deadline for the European Parliament’s ratification of the wider Trade and Cooperation Agreement, which it has made contingent on the Protocol being made to work.

We are, in addition, still grappling with new EU export health certificate requirements entering into force this week, not to mention preparing for the delayed introduction of UK border controls later this year. My point is that we are still a long way from any semblance of normality – to borrow a term from the Covid recovery lexicon – when it comes to trading with our nearest and biggest partners.

While headline export figures for February do appear to show a significant bounce back from January (a rise of 46.6% compared with an earlier fall of 42%) simple arithmetic tells us this still only 85% of where we were. But most of this rebound was in sectors like machinery, cars and chemicals, none of which face the extra costs, delays and complexities of SPS checks and controls, or their knock-on effects on transport rates. Dairy, meat and fish in particular are nowhere near pre-Brexit levels, even if you allow for the drop-offs from other factors such as the closure of hospitality.

In short, inconsistency and uncertainty have become the hallmarks of moving goods to market, undermining the predictability vital to any business operation. But the missing word for everyone is margin. Getting volumes and values back up may prove to be the easier part of the challenge.

Trade is also a two-way street. For every new export opportunity outside the EU, someone will be seeking reciprocal access to our market. It is not yet clear where that balance of advantage is going to lie for UK food and farming.

One other fictional title that has passed into everyday speech is ‘Utopia’. We are still a long way off that, too.