Mayonnaise passes ketchup to become top sauce in the UK 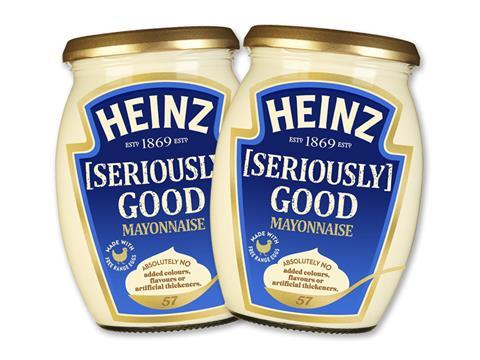 Mayonnaise has stolen ketchup’s crown as Britain’s bestselling sauce as foodie-focused launches have surged and the battle between Kraft Heinz and Unilever intensified.

But top mayo brand Hellmann’s has failed to cash in, as brand owner Unilever was drawn into a battle with rival Kraft Heinz following the 2016 launch of Heinz Seriously Good Mayonnaise.

NPD from smaller players has also driven growth, with mayo from brands such as Gourmet Burger Kitchen and Nando’s gaining listings.

“There have been some interesting innovations within mayo, while ketchup has remained largely the same,” said Laurie Booker, marketing & development director at brand design agency Cowan. “A wider flavour choice means mayo has become more appealing and intriguing.”

Now the battle between Heinz and Unilever, which took a twist earlier this year when Unilever rejected a £115bn hostile takeover bid from Heinz, has bubbled over into ketchup with the March launch of two new Hellmann’s tomato sauces.

Hellmann’s honey-sweetened and green & red tomato ketchups have so far racked up £1.4m.