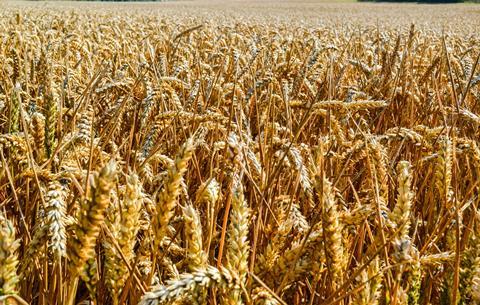 Bad weather across Europe had forced the market higher

The outbreak of coronavirus in China looks set to pull down wheat prices after bad weather across Europe had forced the market higher.

Flooding in the UK and France at the end of last year contributed to wheat prices rallying by 24% since September. But the discovery of coronavirus in Wuhan in December caused wheat and other commodities to quickly lose ground.

The virus is expected to knock more than 1% off China’s GDP and the effects are expected to ripple out across the global economy. “There is a lot of uncertainty surrounding the global level of demand,” says James Webster, senior analyst for AHDB Market Intelligence. “Demand is easing back from China but the full extent won’t be fully factored in yet.”

China was expected to increase wheat imports following the signing of the phase 1 trade deal with the US on 16 January. It commits China to purchasing more wheat from US producers, though a clause stipulates this is dependent on “market conditions”.

But demand will likely now fall following the introduction of quarantine measures in multiple Chinese cities to try and limit the impact of the virus.

It is a sharp market adjustment after bad weather across western Europe forced wheat prices to surge at the end of 2019. Farmers were unable to plant significant areas of crop, with the available planting area for wheat falling to a 19-year low, according to Carlos Mera, senior analyst at Rabobank.

In Ukraine, meanwhile, dry weather is continuing to prevent a snow cover that is normally relied upon to insulate the crop.

“If it turns cold now without the snow that could be a problem for Ukraine although we won’t know the full effect until spring when the crop emerges,” says Mera. “Temperatures are currently relatively high so it is not too bad, but things could quickly change.”