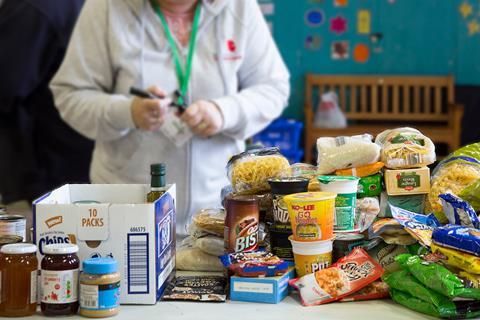 XPO Logistics delivered more than seven tonnes of food to 35 food banks across the UK over the Christmas period.

The donation was equivalent to providing an estimated 9,500 meals for vulnerable people across the UK, according to the global logistics group.

More than 8,700 XPO employees supported the initiative by collecting or donating food, raising funds or volunteering at local food banks. It was the fifth consecutive food drive for the company and set a new record for its annual ‘United in Giving’ campaign.

“During the past five years, we have donated more than 32 tonnes of food through our ‘United in Giving’ campaign,” said Malcolm Wilson, CEO at XPO Logistics Europe.

“This has provided about 39,000 meals for vulnerable individuals in our communities. Our 2019 donation signals a significant step forward in our CSR strategy to reach those who are in critical need of help.”

Wendy White, co-ordinator at Clifton NG11 Foodbank, added: “XPO’s donations have enabled us to take care of vulnerable people in Clifton and other communities of Nottingham, including Ruddington, Beeston and West Bridgford.

“As part of the Trussell Trust network of food banks, we have seen our figures multiply from this time last year. We supported 82 families in the 12 days leading up to the holiday season, and we were able to help the homeless and organisations such as the Refugee Centre with several soup kitchens. The food banks are extremely grateful for XPO’s support.”