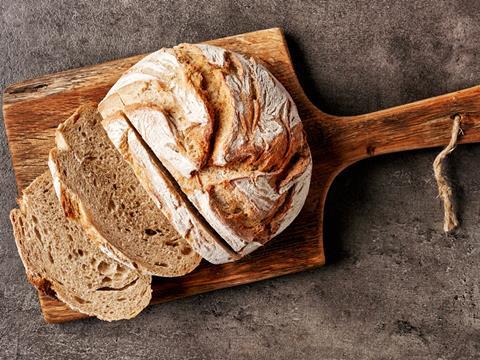 Wrapped bread has returned to volume growth for the first time in five years as Brits buy into new artisanal formats and turn their backs on low-carb diets.

Putting an end to years of steady decline, volume sales of traditional wrapped bread rose by 0.3% to 3.7 billion kg in 2017 [Kantar Worldpanel 31 December 2017].

More expensive formats meant value sales rose at a faster pace than volumes, by 4.3% to £1.4bn.

The reversal in fortunes has largely been down to mass-produced NPD that has emulated small-batch artisanal variants. Over recent months, Warburtons has rolled out a Seeded Batch Five Seeds Loaf, while Kingsmill has launched a Seeded Farmhouse.

Hovis said its artisan-style formats, such as its Seed Sensations loaves, relaunched in 2015, were behind its revival, which saw 9.8% growth in brand value on flat volumes [IRI 52 w/e 3 March 2018] after a lengthy period of decline.

Retailers have also looked to capitalise on the appetite for artisanal bread with new wrapped offerings. Waitrose has five sourdough variants and this month launched new lines from The Black Sheep Bakery to cater for “the emergence of the trend for craft baking”.

Bread has also benefitted from the decline of the no-carb diet fad.

Hovis, which brought out Lower Carb loaves last June in an effort to attract health-conscious shoppers, said government’s EatWell guide in 2016 had helped stop the demonisation of carbs. “We have not been negatively affected by the health agenda,” Sara Green, head of insight at Hovis, told The Grocer in March.