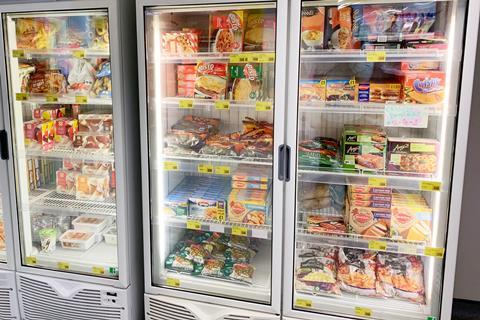 Value sales of frozen ready meals have taken a 15.4% dive, as housebound Brits eschew convenience in favour of scratch cooking.

The sector shed £5.9m in the four weeks to 19 April, with volumes falling by 15.3% compared to the same period in 2019 [Kantar]. This bucked the trend of the wider frozen category, which added £43.6m as shoppers settled into lockdown.

The market’s latest slump came as people favoured cooking from scratch, according to Iceland trading director Andrew Staniland. “They have become more time-rich than previously.”

As a result, “products associated with scratch cooking have seen growth of over 100% - such as frozen raw pastry, frozen vegetables and frozen protein”, he said.

Iceland had also benefited from the closure of Greggs outlets, Staniland added. The retailer’s sale of Greggs frozen snacks for grocery were “up over 100% on the previous year, with shoppers aiming to replicate their favourite casual dining brands at home”.