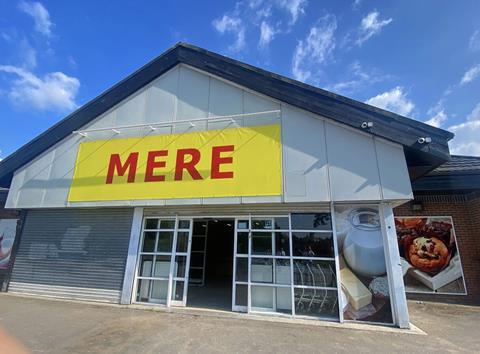 The first UK store, in Preston, is now nearing completion

Russian discounter Mere has begun taking deliveries of stock as it readies to open its near-complete first UK store.

With only finishing touches remaining for the store fit-out, including its walk-in chiller room, it’s understood the finalised opening date depends on how quickly the rest of the stock is delivered.

It’s the first of four UK stores set to be opened by Mere this year, the other three being in Castleford, Caldicot and Mold.

“However, the opening date hasn’t quite been settled yet. It depends on how long the uploading process takes.”

It is thought it will take at least another two weeks, representing a slight delay of the original target of a June opening.

Chkalov said deliveries had so far been on schedule, although the business was braced for the possibility of delays arising from the ongoing national shortage of lorry drivers. 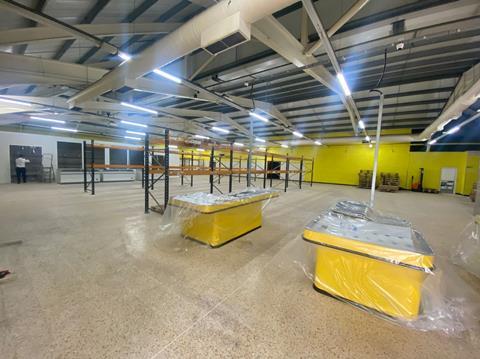 Mere’s buying team has posted pictures on LinkedIn showing the Preston store almost ready for business, and the first deliveries arriving. A post by chief procurement officer Pavels Antonovs gives a guided video tour, including of the chiller room.

Mere claims it will undercut Lidl and Aldi by up to 30%, thanks to an unusual business model that sees suppliers delivering directly to stores, dispensing with the need for its own logistics network. Suppliers are also paid only for what is sold. 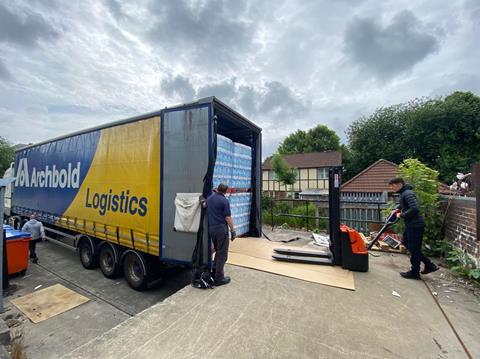 The business was in founded in 2009 in Krasnoyarsk in Siberia, and trades in Russia as Svetofor, meaning ‘traffic light’. It began its expansion into Europe as Mere in 2018, and now has a claimed 3,200 stores globally, including in Germany, Poland, Romania, Lithuania, Latvia and Ukraine.

The Grocer revealed in June it has a long-term target of 300 UK stores within a decade.