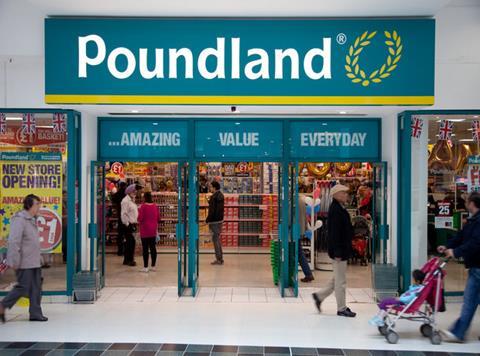 Trade credit insurer Atradius has reduced its cover for Poundland in the wake of the accounting scandal that has hit its South African parent company Steinhoff.

The Grocer has learned that Atradius took this action yesterday afternoon. The move could lead to availability isues further down the line but is not expected to hit Christmas trading as with just over a week to go Poundland already has its Christmas stock in its supply chain.

One grocery supplier said that he would not be able to provide any more stock to Poundland at this time as it was his business’s policy not to supply to any retailer without full trade cover.

Another supplier source said that suppliers were already “turning their trucks around and not delivering”.

The decision by Atradius will have come as a major blow to Poundland’s management team led by Barry Williams, who became UK and Ireland MD in September. Particularly as the business has been thriving and this move is linked to circumstances beyond its control.

“Poundland is a profitable, cash-generating business that’s currently trading more strongly than it has in almost five years - with positive like-for-likes and real momentum,” said a Poundland spokesman.

“That’s why, while we certainly can’t predict the consequences for Steinhoff from the events of the last week, any action by credit insurers to make life difficult for Poundland suppliers is irrational.”

However one senior industry source warned the Steinhoff crisis could hit Poundland hard.

“Steinhoff imploding is a disaster for Poundland,” he said. “The trade credit insurance guys all caught a cold on P&H. There will be a lot of general anxiety. If they go after Poundland it will be because there are cross guarantees. Does Poundland cover the exposure? The fact the trade insurers are stopping cover is because there’s something about the debt structures of the wider group that forces them to do so. The issue Steinhoff has is what are the real assets? If Steinhoff has problems, what does that mean on the funding side?”

The crisis sparked speculation that Steinhoff would sell off its UK assets, which include Poundland, budget clothing retailer Pep & Co and furniture stores Harveys and Bensons for Beds, to pay down its debt pile.

“Poundland is Steinhoff’s most sellable UK asset and is bound to be put up for sale after Christmas,” said retail analyst Nick Bubb.

Private equity would be the most likely home for the discounter, Shore Capital analyst Clive Black added. “However, it is not just the entry for PE but how would they exit? Will someone come in and look to float it again in three to five years, or is there a trade deal to be done in the UK or further afield?”