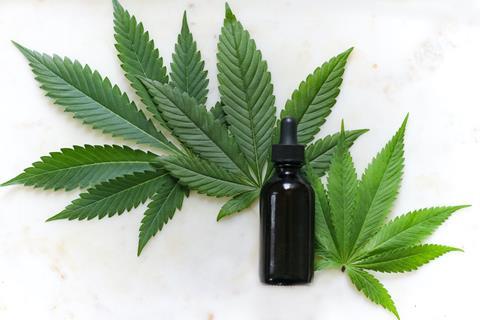 Almost a fifth of British adults have used CBD or cannabis oil for medical reasons, according to polling from the Association for the Cannabinoid Industry (ACI).

Sixteen per cent reported using the category, which is currently moving towards regulation under the Food Standards Agency. Additionally, 58% said it had health benefits.

The survey found men were more likely to report CBD or cannabis oil use, with 18% saying they had done so compared to 14% of women, and younger demographics were keener, with roughly a quarter of those aged between 18 and 44 claiming to have used the category.

Those who had bought CBD products were most likely to have done so online, with 38% usually doing so from an online retailer, compared to 30% usually making their purchases at high street chains like Boots, Superdrug and Holland & Barrett.

Meanwhile, 27% per cent usually bought the category at health food stores, with only 16% usually doing so at a supermarket chain and 14% at convenience stores.

Six per cent of respondents even claimed to have given CBD products to their pets.

The figures were revealed as part of an industry review by University of Oxford professor Chris Hodges, which has called for a more proactive government strategy to grow the UK’s cannabis industry.

“It is not sustainable or acceptable for the government to continue to take an uncoordinated, disinterested or laissez faire attitude to the sector,” the review said.

“The seeds are there for rapid growth but it cannot happen without a clear strategy built upon coordinated government stewardship and the ambition to not just tolerate, but actively nurture the sector to expand and mature.”

It added that existing regulation was “poorly calibrated to the risks associated with each product”.

CBD was singled out as an area with “too little regulation”, with the report asking for clarity on the legal status of CBD vaping products, including guidance on permitted ingredients in vaporisers used for cannabinoids.

“There’s no deliberate plan to have a cannabis industry in Britain,” said ACI director Steve Moore. “This industry needs proper stewardships and nurturing.”

He added that no other territory had a market advantage in terms of research and development, and that the UK is in a “very competitive position” in terms of legislation. But he said the government needed to giving potential businesses more confidence.

“People are so nervous about getting involved. They see it as extremely risky,” Moore said. “Our view is we could have first mover advantage in the food and drink space.”