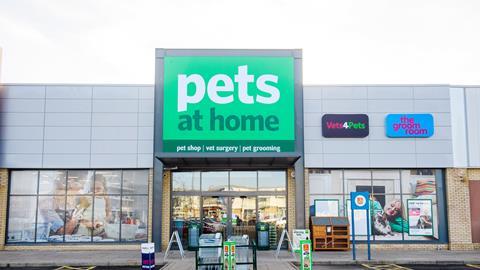 Who were the winners and losers on the stock market in 2019?

2019 was another turbulent year for many grocery and FMCG stocks – with Brexit uncertainty, weak consumer confidence, industry disruptors and the damp UK summer all causing problems, but others sailed serenely through the upheaval.

Pet goods specialist Pets at Home bucked the wider retail slump and weakening footfall in retail parks, to post a strong turnaround in 2019 that sent its shares soaring.

In November the retailer and veterinary practice provider updated its full-year profits expectation on strong first half like-for-like retail revenue growth of 7.8% and surging online sales. The chain, which suffered a tough 2018 amid falling in-store sales, benefited this year from a focus on price and a restructuring of its veterinary division, which returned to growth.

Pets at Home has also looked to tap into the trend for pet owners gravitating to more upmarket products and services, by increasing its offer of grooming services in-store and acquiring dog walking business Tailster.

Shares in retail tech firm Eagle Eye Solutions Group have soared this year on its strong sales growth and expansion of its client-base.

At the end of the year it announced it had signed a new five-year agreement with an undisclosed US supermarket – its first customer in the country – to further boost its international reach.

In November it said revenues had jumped 24% in the first four months of its new financial year, adding to its “successful” financial year ended 30 June, which saw it increase revenues, transaction volumes, international reach and customer base.

Food to go and bakery chain Greggs has been surfing the wave of its wildly successful vegan sausage roll in January 2019 to further grow sales and profits despite tough comparative figures.

Surging demand for its new vegan range led to higher than expected sales and two profits upgrades during the year – the most recent of which was in November and came on the back of total sales rising 12.4% for the six weeks to 9 November compared to 8.5% growth in the same period in the previous year.

This strong start to its final quarter meant than year-to-date total sales had surged by 13.4% at the time with like-for-like sales growth at a huge 9.2%.

The chain will be hoping the launch of its new vegan steak bake across 1,300 shops from today – as it doubles down on its efforts to offer meat-free options across its menus – will have a similar impact on its sales trajectory.

Upmarket chocolate producer and retailer Hotel Chocolat was another high street name to shrug off the worst of the wider UK retail slump in 2019.

In September the chain posted a 14% full year sales surge and a 9% rise in underlying earnings as it overcame “economic headwinds” to post double-digit growth in its core UK retail operations.

It said it had seen “encouraging results” from investment in upgrades and moving stores at Westfield London, Cardiff and Brighton to better locations to adding drinks and ices with seating.

Meanwhile, its international forays into the US and Japan have shown encouraging early sales momentum, albeit its nascent international division remains loss-making for the time being.

A seismic year of change for online supermarket Ocado has continued to see its shareprice soar, although it is the brand’s potential outside of the UK that continues to whet the City’s appetite.

Ocado completed the sale of half of its UK retail business to Marks & Spencer in August, forming a 50:50 joint venture with M&S in exchange for £750m.

The retail division is continuing to tick along nicely, despite growth being hit earlier in the year by a catastrophic fire at its Andover customer fulfilment centre, which contrianed order capacity. In its most recent update, the retail arm saw sales growth of 10.8% in the fourth quarter driven by a double-digit jump in order volumes.

More significantly for the City, was the signing of another major partnership to supply online grocery ordering and delivery technology – this time with Japanese grocery retail giant Aeon. Ocado shares had suffered somewhat in the autumn on concerns its much-heralded partnership with US grocer Kroger may not be delivering the early progress many had hoped for and suggestions its technology was not as unique as Ocado has claimed – however the shares ended the year on a high after the late November Aeon deal.

A poor first half performance at Irish food and nutrition group Glanbia led to a profits warning and share price slump, dropping to their lowest level for around five years.

In July the group posted a slump in half-year EBITA before exceptional items of 9.9% to €111.4m – blaming “business seasonality, consumer channel shift in Europe and difficult global trade dynamics in key international markets”.

It insisted its 2018 acquisitions of SlimFast and Watson had been performing “very well”, but its wider business was hit by new US trade tariffs and increased consumer caution.

The strengthening of the pound against the euro towards the end of the year after the decisive UK general election also helped suppress the share price of UK-listed companies with share price denominated in euros.

A November profits warning coupled with a strengthening of the pound against the euro saw shares in agri-services group Origin Enterprises plummet towards the end of 2019.

The group said a slow start to its financial year amid “highly challenging” first quarter crop planting conditions amid prolonged unseasonal weather conditions had led to weaker than expected performance.

First quarter revenues plummeted by almost 14% back to €371.2m from €430m in the prior year – albeit the group makes the vast majority of its profits in the second half of its financial year.

It’s been another tough year for private label household goods manufacturer McBride, which posted two separate profits warnings and replaced its CEO and chairman in a turbulent 2019.

It announced CEO Rik De Vos was stepping down in May (eventually replaced by Ludwig de Mot) amid its second profits warning in three months.

In May, it said following a weak third quarter trading period, it anticipated that full year earnings would be modestly lower than current market expectations, primarily as a result of weaker than expected sales activity in Germany, France and Italy. It had already warned full-year adjusted pre-tax profits would be 10-15% lower year-on-year in January.

Performance seems to have stabilised since, as in September it posted “encouraging” overall underlying growth of 2.7% in the year to 30 June within its continuing operations.

Convenience retail chain McColl’s has continued to struggle after its disastrous 2018, where the collapse of Palmer & Harvey led to a marked deterioration in performance amid a serious of profits warnings.

This year has been another “challenging” year for the business – with sales down 1.9% for the year to 24 November as its second half performance was hit by poor summer weather and weakening consumer confidence.

Like-for-like sales improved to flat compared to a 1.4% drop in the prior year, while CEO Jonathan Miller insisted “the fundamentals of the convenience channel are strong” and “we are confident in our plans to rebuild momentum in 2020”.

AG Barr came through a tough 2018 relatively unscathed, despite pushing through a controversial reformulation of its key Irn-Bru range in the wake of the UK sugar levy.

However, its shares were hit in 2019 by a shock profits warning in July as the dreadful UK summer weather took its toll on the business. The drinks maker lost more than a quarter of its value in July after announcing its full year profits would be 20% lower year-on-year due to poor UK weather and weak performance of its secondary brands.

It admitted it had “underestimated” the volume benefit it received from an unprecedented 2018 for the soft drinks industry from one-off events and the long, hot summer.