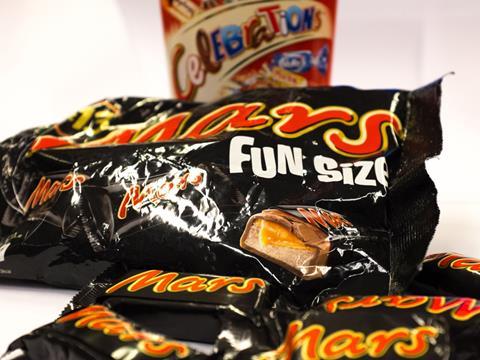 Mars has reassured retailers it is doing everything it can to rebuild inventories and avoid disruption in the run up to the Easter trading period as it triggered one of the industry’s biggest-ever recalls this week.

The confectionery giant is recalling millions of chocolate bars made at its Dutch factory in Veghel and sold around the world after a piece of plastic was found in a Snickers bar in Germany.

Given the scale of the recall - covering an entire month’s worth of production at Veghel, which makes about 27 million chocolate bars a day and is Mars’ biggest factory in Europe - concerns have been raised about potential supply shortfalls and other disruption as retailers gear up for Easter trading.

In the UK, mainly funsize versions of Mars and Milky Way bars are affected, including some Celebrations and Variety mixes. Funsize mixes are big business at Easter, with Celebrations sales hitting £9.8m during Easter 2015 [IRI UK Market Place 12 w/e 5 April 2016] - more than 10% of the total £87.3m Celebrations sold in 2015.

Store managers contacted by The Grocer in the wake of the recall announcement said Mars had handled communications with the trade well overall and the recall process had been “smooth” but questioned how Easter trading would be affected.

Mars did not comment on whether the recall at Veghel, where funsize products account for up to 30% of total production output, was likely to lead to shortages in the UK or whether production capacity and supplies from the UK would be diverted to plug shortfalls elsewhere. A spokeswoman said the safety of consumers was its top priority right now but the company was working hard to avoid any disruption. “Our primary focus at the moment is working with customers and consumers to recall the potentially affected products,” she said. “We are doing our utmost to minimise any disruption for our retail customers.”

The plastic contamination had occurred during an equipment upgrade at Veghel, she added, and was an isolated incident. “We have now resolved the issue and production is running at our Veghel site, and we are working hard to serve customers and rebuild inventory.”

Other confectioners, such as Mondelez, Nestlé and Lindt, would be primed to take advantage of any potential supply shortages or drop-off in demand for Mars products as a result of the recall. None of the suppliers would comment, but analysts at Société Générale said the recall was “very good news” for rivals, “who will happily accept market share gains”. Analyst Warren Ackerman added: “Mondelez has the most to gain as European chocolate has been problematic.”