FareShare urges government not to cut off food surplus funds 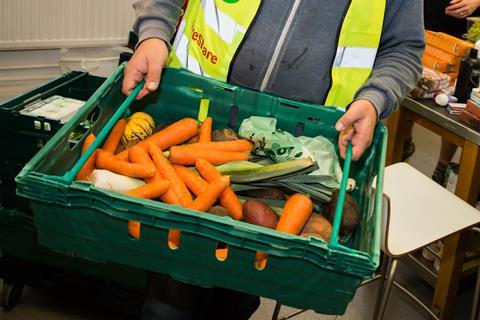 FareShare, the UK’s biggest food charity, is “urgently calling” on the government for the funding to be extended

Two years since the government announced a landmark fund for food waste redistribution, a leading charity has warned the good work could be “literally ploughed back into the ground”, unless the funding is continued.

In October 2018 the then Defra secretary Michael Gove MP announced £15m of trial funding to cover additional costs of harvesting, packaging and transporting surplus food to charities, so companies would not have to plough it back into the fields or send it to recycling.

It followed two years of campaigning by The Grocer for government funding to unlock access to at least 260,000 tonnes of edible food that currently goes to waste every year.

FareShare, the UK’s biggest food charity, said today it was “urgently calling” on the government for the funding to be extended.

It said since the funding was awarded, it had been able to provide an additional 29.5 million meals for vulnerable people, saving 12.429 tonnes of fresh, healthy food from waste, and preventing 48,043 kg of carbon emissions.

In July parliament’s Efra committee said ministers should commit long-term funding to help those suffering from hunger by continuing to fund £5m a year to FareShare’s project to redistribute otherwise wasted food from the farmgate to frontline community groups.

“We’ve always known food producers would much rather see their food go to good causes than waste it, and, by removing the major barrier – cost – this initiative has delivered phenomenal results,” said FareShare CEO Lindsay Boswell.

“It cannot be right for millions of tonnes of fresh, good-to-eat food to be left to rot in the fields or sent to animal feed when so many families are struggling to put food on the table, and when charities and community groups are crying out for more food to help support communities decimated by the economic effects of the pandemic.

“We are urgently calling on government to continue and extend this funding, so we can continue to get good-quality, nutritious food to charities up and down the country. The results of the funding speak for themselves – with an extension of £5m a year, and with the scheme now firmly embedded, we could get the equivalent of over 40 million meals per year to vulnerable families, children and individuals.”

Meanwhile Wrap, which received £3.25m from Defra under its support fund, as well as an additional grant from the DCMS of £1.6m in May, announced today it had been able to help 228 charities with the money to date, with more applications still in the pipeline for its Covid-19 Emergency Surplus Food grant.

Recipients of the grants, of up to £15,000 each, have included small and medium sized not-for-profit organisations, as well as some of the UK’s largest redistribution charities, with money going towards help such as the purchase of new refrigerators and freezers, vans and refrigerated vehicles, loading and storage equipment, as well as volunteer and staff costs.

“I am absolutely delighted that we have been entrusted by Defra to deliver this much-needed grant scheme, and that we’ve been able to help so many organisations in such a short space of time,” said Wrap director Peter Maddox. “The interest we’ve received every day shows that this is a vital support for many charities. I am pleased that we can extend the time for the smaller grassroot charities, which often operate with much fewer resources and staff.”

Food waste champion Ben Elliot added: “These grants will champion and empower critical organisations as they work tirelessly to divert food across England – not only preventing tonnes of food from perishing but also supporting local communities during this unprecedented time.”