An inconvenient waste: how c-stores can join our Waste Not Want Not campaign 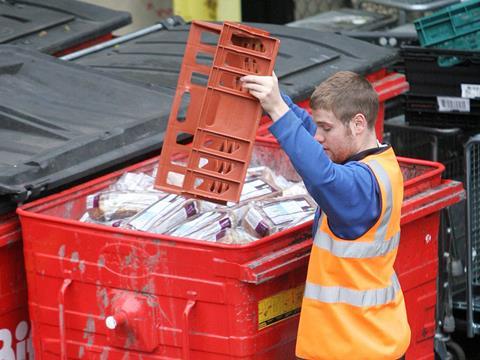 Convenience stores have slipped under the food waste radar. While the major mults face public backlash when they chuck out knobbly parsnips and lopsided loaves, the UK’s 51,000 convenience stores seem to have escaped the spotlight. But with nearly 21% of groceries (or £38bn per year) bought from forecourts, symbols and CTNs, according to the IGD, consumers are beginning to turn their gaze.

More than half (52%) of shoppers say they’ve not seen any effort from their local store to curb food waste, according to research from Him! And significantly nearly two-thirds (59%) have said they want that to change. So is food waste a major inconvenience? And what is the sector to doing to tackle it?

“It is a massive problem in the indie sector,” says Spar retailer Susan Connolly. With the introduction of the national living wage and increasing costs elsewhere in the business “we can’t afford to have wastage any more”. At one of her four Wiltshire stores, £700 of food was chucked out in one month and that “just isn’t acceptable”.

A greater percentage of short shelf-life products - thanks to the boom in sales of chilled food - have made the problem worse, says independent retailer Jonathan James. Some “CTN-type operations don’t have fresh products because they fear wastage,” he says. “The larger convenience operators take wastage within the stores as a cost, albeit we try and do our best to minimise it. And believe me we do, as family-owned businesses it’s straight off your bottom line to throw it out as well as knowing morally it’s wrong.”

For smaller operators a lack of knowledge can stop them from tackling the issue effectively though, believes Catherine Shuttleworth, founder of marketing agency Savvy. “The awareness isn’t there and many simply don’t know what they can do about it, or how to get involved in schemes,” she says.

As damaging as the cost is the reputational risk, she adds. “Retailers with a less than clear policy can struggle when shoppers pick up on this.”

Preventing waste can be much more time-intensive for c-stores that lack the cash to splash on technology used by the supermarkets, points out Connolly. She gives the example of mults electronically scanning stock for sell-by dates to ensure older products are sold. Conversely “we manually have to go through our fridges three times a day so I think there’s definitely room for technology to make it easier for indies.”

Retailers can also find themselves at the mercy of unhelpful policies among wholesalers and suppliers. On issues such as pack size, for example. “We often get sizes that sit well within a supermarket, where there’s massive footfall, but are no good for us,” says James. “Suppliers absolutely have a responsibility to assist stores with smaller pack sizes.”

of shoppers say they are not concerned by food waste

Despite all these challenges “there are some really proactive retailers out there,” adds Connolly. In her own stores, the retailer has swapped fruit & veg suppliers to a wholesaler that allow her to buy products loose, rather than packed and dated. This has “dramatically reduced” waste from the category as consumers no longer reach for the newest items. Staff also carry out three daily checks across the store reducing the price of stock by 25%, then 50% over the course of the day.

Retailers should see reduced items as a marketing opportunity, suggests Dan Cock, owner of Premier Whitstone Village Stores. “If we have a product we know we’re going to get caught with, we’ll get on Facebook and within minutes you can get people coming into the store looking for the item,” he says. “We use it as an opportunity for our customers to get a bargain.”

Rather than sell products nearing their use-by date to consumers, some retailers use the ingredients in their own freshly made food-to-go counters, a strategy James used in a large forecourt years ago. It cut wastage in half. “If you’ve got product still in date and perfectly usable you can turn that into the day’s sandwiches or on hot food counters where a pizza is going out of date, we cook it off and sell as individual slices,” he explains.

Getting creative can ultimately create new cash opportunities with what would’ve once been waste, suggests Him! marketing executive Ruth Cousins. Using misshapen produce or fruit & veg near to its expiry date to make “freshly squeezed orange juice or homemade vegetable soups can become a USP for c-stores looking to stand out from the crowd whilst reducing food waste and increasing profit margins.”

No matter how creative retailers are some food surplus at store level is inevitable, particularly where a store experiments with new lines and aims for 100% availability in the first few weeks, says Cock.

“Mistakes get made or you badly misread a situation and you end up with a lot of something,” agrees Budgens retailer Andrew Thornton. “But if there’s anything left at that point then it doesn’t get thrown away, that’s the key thing.” Instead seven days a week surplus stock is delivered to homeless charity Centrepoint in the store’s delivery van, half a mile from the Belsize Park store. “It’s the cost of petrol and it’s the cost of time, it’s not a huge cost,” he adds.

Deliveries are a “broad variety” of products. One day it might be a pot of yoghurt, a pack of butter and two cartons of OJ. “Each day it’s not a huge amount but multiply it by 365 days a year and it’s significant,” adds Thornton. 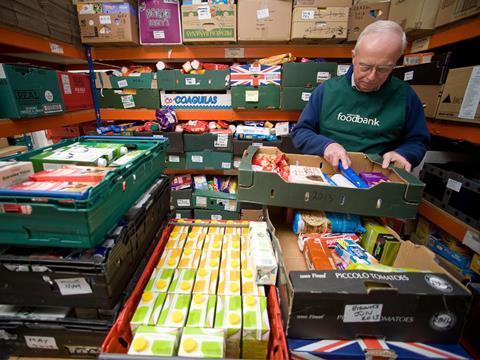 Similarly, for stock “in good condition” Jonathan Stowe, operations director at Nisa Retail says the symbol “works with a church charity and is now exploring working with a food bank.” Although it has put in place a “pick to zero” policy, only ordering chilled products in line with members’ orders, and “closely monitors stock levels” on ambient SKU’s there are “very small volumes of food waste remaining,” particularly in short-dated stock and bakery items that are then donated.

And though FareShare focuses efforts on waste higher up the supply chain, it does partner with symbol groups to intercept food surplus before it reaches c-stores and says it would “welcome the opportunity to work with more wholesalers and cash & carry” operators via its network of 20 regional depots. Already a trial with Booker’s wholesale branch in Gorton this year has resulted in more than 16,000 meals being provided to people in Manchester and Didcot areas. Food businesses can get in touch on foodoffers@fareshare.org.uk.

Ultimately, indies shouldn’t shirk the spotlight on food waste but find creative solutions that save cash and impress consumers. “We encourage that entrepreneurialism,” says James. “Rather than ‘there’s a bin let’s throw it away’, it’s ‘what can we do with it?’”

The fact supermarkets are earning brownie points for their efforts to tackle waste should act as a “source of encouragement for convenience stores,” Cousin adds.

And though they lack the mults’ resources they do have one clear advantage, Cock points out. “We don’t have reams of corporate policies and procedures to follow,” he says. “We’re in charge of every aspect of our business so we have greater flexibility and control.”

2. To lobby the government to provide incentives for the industry to redistribute edible food, in exactly the same way it encourages the use of anaerobic digestion through the use of subsidies

3. To encourage greater engagement, transparency and co-operation among retailers and their suppliers in reducing waste and increasing food redistribution

1. Email us at wastenotwantnot@thegrocer.co.uk to:

● Explain why you are supporting our campaign

● Act as a whistleblower for unnecessary waste

2. You can also show your support on Twitter by using the hashtag #wastenotwantnot

3. Visit our campaign page at thegrocer.co.uk/wastenotwantnot