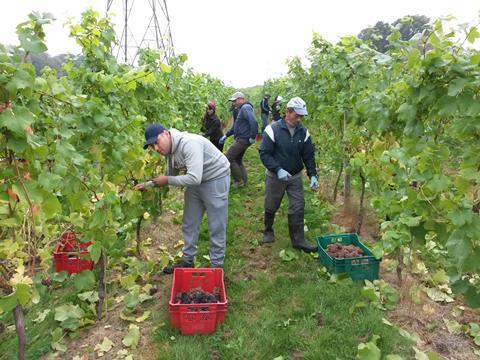 The UK’s fresh produce growers are in the midst of a profitability and productivity crisis, with soaring labour costs contributing to an increasingly “unviable” future for many, new research has warned.

Labour costs had risen by 34% across the fresh produce sector between 2016 and 2020, according to the new study for the NFU, British Apples and Pears, British Summer Fruits and British Growers Association by farming consultancy Andersons, seen exclusively by The Grocer.

And for many growers, they had risen even further during the coronavirus crisis, it warned, with some seeing labour costs jump by another 15%, leaving many in “an unsustainable situation” and eroding the sector’s already fragile confidence.

Whilst some vegetable crops such as carrots and onions had benefited from mechanisation, the cost of labour for many fruit and veg growers accounted for as much as 40%-70% of all expenditure. These were vastly higher than in other farming sectors such as wheat, barley and oilseed rape, which dominated the UK lowland landscape, the report pointed out.

British apple and pear harvests could shrink this year

As a result, fruit & veg growers were particularly susceptible to cost inflation, the report said – pointing to an increase in employment costs around worker availability and recruitment, training, accommodation, transport and logistics and operations since 2016.

But despite these increases in the cost of production, “the prices that growers have received for their produce have changed little, if at all”, it added.

Labour costs had risen even further during the coronavirus crisis due to a reduced number of returnees, with some growers reporting levels falling to as low as 30%. Businesses also had to absorb training costs for new workers in addition to extra Covid-19 protective measures.

Growers were at risk of an “unsustainable situation”, the report warned, leading to knock-on impacts on future planting decisions and their ability to invest in the future of their businesses, in addition to a wider threat to the UK’s self-sufficiency.

“These startling figures demonstrate the challenges growers have faced during the Covid-19 crisis,” said NFU horticulture board chair Ali Capper.

“It will not be long before this becomes unviable for many farm businesses and they will have to significantly reduce or halt investment in their business. This would be an unforgivable situation for a sector that has been a real success story of British agriculture.”

Home-grown fruit and veg had “never been more important to the British public”, she added. “As an industry, from the farmgate to the retailer, we should be working together to share the risks and take the opportunities to grow more fresh produce at home, not less. This sector is very ambitious to expand – growers need certainty, confidence and fair returns to make that investment.”