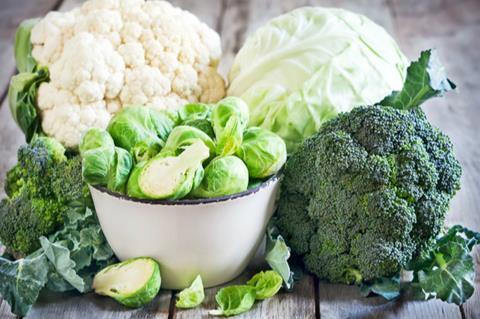 60% of the brassica crop is grown in Lincolnshire, which has borne the brunt of the recent bad weather

Further wet weather over the coming weeks could force the UK to import brassicas in the run-up to Christmas, growers have warned.

With the UK in the midst of what AHDB has called the wettest year since 2012, the British Growers Association said this week there was only a “short timescale” remaining for the weather to improve before cauliflowers, cabbages and brussels sprouts would have to be shipped in from abroad.

Lincolnshire, where 60% of the brassica crop is grown, has borne the brunt of the recent wet weather. Much of the county saw more than double the long-term average rainfall [based on data from 1981 to 2010] in September and October, according to Met Office weather maps published this week.

“It’s made the harvesting of brassicas very difficult,” said BGA CEO Jack Ward. “It’s slowed it all down and, as a result, the cost of getting them out has increased dramatically.

“Because the crops are wet, the disease risk has gone up significantly. With the chances of things drying out being quite slim, the next step is starting to import [brassicas].”

Ward suggested continued rainfall could give rise to the possibility of shortages over Christmas but added it was “too early to tell”.

“We are reliant on these fields being cleared so crops due in early 2020 can go in,” he added.

It is the latest blow for growers in Lincolnshire, Yorkshire and the Midlands. As The Grocer reported last week, crops have been left submerged on the worst-affected farms, while soils in many parts of the UK’s key growing areas have been left saturated.

Potatoes have been particularly affected by the wet weather. Eleven per cent of the harvest is yet to be completed with 2%-3% of the crop thought to have been written off [AHDB].