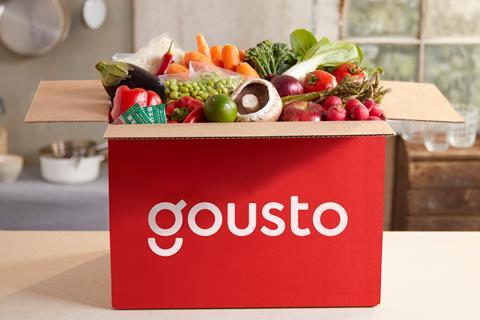 Gousto joins only two other UK unicorns in the food and drink sector; Deliveroo and BrewDog

The latest funding round means Gousto has a valuation in excess of US$1bn (around £770m), joining 19 venture-backed UK businesses in what the company called an “elite group”. It joins only two other UK unicorns in the food and drink sector; Deliveroo and BrewDog.

Gousto plans to triple its capacity by 2022, with the opening of three new CFCs and the creation of 1,000 jobs over the period. The first of the CFCs, adjacent to its existing facility in Spalding, Lincolnshire, will open by Christmas in time for the annual uplift in demand seen at the start of a new year.

“Everyone comes back after Christmas and goes: ‘I need to get my life in order and eat more healthily’. Gousto is a great way to do that,” Gousto CFO Jim Buckle told The Grocer. “It’s also a good time for us to be spending advertising money.”

A further CFC in Thurrock, Essex will open next year and another in Warrington will become operational in early 2022.

“The business was growing so fast before Covid but with the acceleration we’ve seen this year, we felt it was time to get ahead of the curve and invest properly in building our capacity to build for the future,” Buckle said.

Existing operations have been running at 98%-99% capacity, Buckle revealed, and an external partner had been brought in to meet demand.

“We’ve been squeezing every last ounce of capacity this year, but not gone over that 100% where we might be in a position to disappoint people,” Buckle added.

The company doubled its monthly meal deliveries from 2.5 million in January to five million by June. Expansion will see capacity increase “three to four-fold over the next 18 months”, Buckle said.

Unlike many companies that achieve unicorn status, Gousto is profitable, since the last quarter of 2019.

“Achieving tech unicorn status and joining the ranks of those elite companies that have attained a billion-dollar valuation is a proud moment for the entire Gousto team and all of our shareholders, but we are still only just getting started. The market opportunity ahead of us is vast, as changes in consumer behaviour drive permanent change through the entire grocery market,” said Gousto founder and CEO Timo Boldt.

Revenues for the three years ending 31 December increased six-fold between 2016 and 2019 and revenues for the first half of 2020 have surpassed the £83m reported for the whole of 2019. Profits this year will be “significant”, the company said.

As well as the capacity expansion, the funding raised will be ploughed into Gousto’s technology division to further enhance its proprietary algorithms, which maximise speed of pick, daily volumes and pick accuracy, while minimising cost and food waste.

“Our obsession with technology enabled us to scale our operations at speed in the first half of the year to meet an unprecedented and rapid increase in demand,” Boldt added.