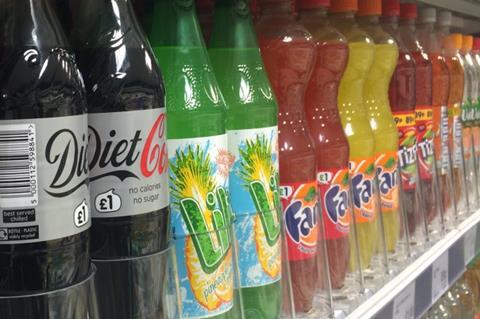 Campaign groups have stepped up calls for the expansion of the sugar tax to new categories after research claimed the soft drinks industry levy (SDIL) had reduced sugar consumption from soft drinks by 30g per household a week, despite overall sales volumes being unaffected.

It had previously been reported the tax had led to eight out of 10 of the top 10 drinks companies reducing their sugar content by 15% or more, but it was unknown whether this had changed household purchases of soft drinks.

Researches used data from a commercial household purchasing panel, which recorded all food and drink purchases brought into the home for approximately 22,000 UK households each week.

The results showed, one year after implementation, the SDIL was associated with a weekly reduction of 30g per household in sugar purchased from soft drinks that were taken home, compared with the expected amounts had the SDIL not been introduced.

Assuming an average of 2.4 people per household, this was equivalent to a reduction in sugar consumption of 12.5g per person per week, or each person replacing one 250ml serving of a sugary drink every week with a sugar-free alternative.

The researchers also suggested sugar consumption could be reduced further by extending the tax to include confectionery and other high-sugar foods.

“The reduction in sugar consumption as a result of both changes in industry and consumer behaviour has demonstrated taxation of food and drinks can lead to positive nutritional outcomes,” said NDPH associate professor Peter Scarborough.

“This is yet more evidence the soft drinks industry levy has delivered a win-win for business, government and health,” said Children’s Food Campaign co-ordinator Barbara Crowther.

“The drop in sugar is equivalent to over 5,000 calories per year per household – if we imagine that across millions of families, it is significant.

“We call on the government to now consider the other sources of excess calories, fat, salt and sugar in our diets as part of future obesity plans, and whether similar fiscal incentives for business to reformulate and produce healthier food and drink could now be applied.

“Now, more than ever, recognising the increased risks associated with obesity for severe impacts of Covid-19, and the surge in unhealthy snacking that has occurred during lockdown, there is a real opportunity to go further in using the tax system to drive more positive change in our food environment.”

”Take-home sugar from soft drinks fell by 43.5% between March 2014 and March 2020, according to Kantar Worldpanel data, with a significant amount of that reduction taking place before the Levy was announced in Spring 2016.

“While we recognise that the Levy did lead to parts of the sector moving further and faster, we look forward to seeing evidence that the sugar reduction in the soft drinks category has had any meaningful impact on levels of obesity in the UK.”