Lucozade discovers the perils of reformulation 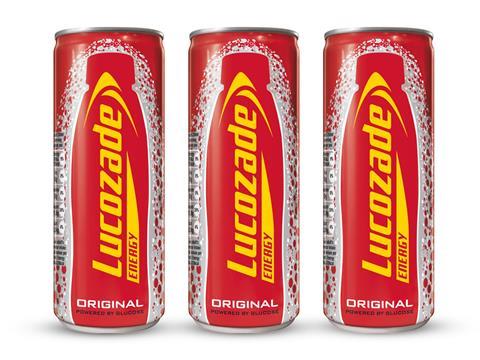 Turns out Lucozade’s “game-changing” reformulation may not be quite the game-changer Lucozade Ribena Suntory (LRS) was hoping for. Rather than marvelling at how the energy drink could contain 50% less sugar and still taste so good, shoppers have taken to Twitter to express their distaste at the “horrible” new recipe.

“Orange Lucozade is absolutely rank now,” shouted one angry fan, while another described the new recipe as “the worse [sic] I’ve ever tasted”. Oh dear.

@LucozadeEnergy did you not have a team taste test the new recipe before you distributed it? Lucozade was my favourite drink, now it’s vile

And it’s not just a matter of taste. People with Type 1 Diabetes, many of whom have relied on Lucozade Original to treat hypoglycaemia, have reacted with fury to the reformulation. The soft drink used to contain 17g of carbohydrate per 100ml, making a bottle perfect for boosting blood sugar levels, but it now contains just 8.9g per 100ml.

Meanwhile, people suffering from Phenylketonuria (PKU) – who can’t break down the amino acid phenylalanine and risk brain damage if they consume it – have expressed horror over the fact Lucozade Energy now contains aspartame, a source of phenylalanine.

Admittedly it is a rare condition, but then Lucozade isn’t just an energy drink. However tenuous its medicinal qualities, its long history as a brand of convalescence and recovery means its usage is not one to be tinkered with lightly.

And the relaunch highlights a wider issue around consumer choice that soft drinks companies would do well to consider as they scrabble to reformulate ahead of the looming sugar tax.

Government health experts might have decided that sugar is bad and sweeteners are fine, but not all consumers share that view. Some people, like those with Type 1 Diabetes, might need sugar from time to time. Others might just want it. And lots of people are keen to avoid artificial sweeteners.

Removing half the sugar from Lucozade is shocking. It’s medicine!! It treats Hypos. #diabetes #hypoglycaemia #t1

By reformulating ‘classic’ products, rather than just introducing low-sugar variants, brands are taking away people’s choice. And, as the uproar over Lucozade has demonstrated, they risk losing a big part of their fan base by doing so.

It’s early days, of course. And responding to the uproar, LRS has insisted the recipe changes were part of its “far-reaching health and wellbeing plan”, and said consumers had responded well to the new recipe during its extensive research. “The majority of them couldn’t identify a difference,” said a spokesman.

“We think our drinks development team has done a brilliant job to remove 50% of the sugar while keeping the great taste, however we are sharing consumer feedback with them,” he added.

LRS is set to roll out the reformulated versions of its other brands – including Ribena and Orangina – later this summer. And it’s not the only manufacturer making drastic moves – with AG Barr braving the wrath of Scots with its plans to cut the sugar content in Irn-Bru from 10.3g per 100ml to just 5g per 100ml later this year.

Coke – which has so far stuck to its guns and maintained sugar levels at 10.7g per 100ml in its Classic red cans – will no doubt be keeping a close eye on consumer reactions as it decides whether reformulation is a game it wants to play.On the evidence of its response last week we would suggest not. On the other hand, as we argued last week, it’s still possible to reformulate Coke without adding artificial sweeteners – and without breaking the brand’s secret recipe stipulations. One wonders if Lucozade ought to consider the same.