‘No guarantee’ sugar levy money will be spent on kids’ health 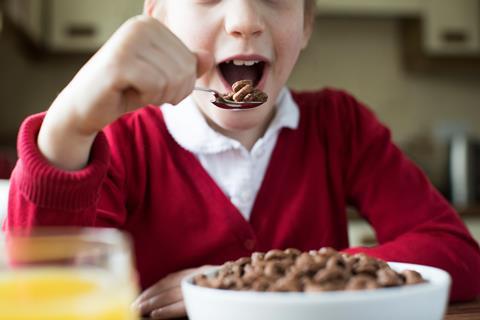 Campaigners expressed outrage this week after it emerged there is no guarantee any of the £1bn-plus expected to be raised from the sugar levy over the next four years will be spent on children’s health in schools.

Whereas money from the first year of the tax, introduced in April 2018, went towards ventures such as breakfast clubs and children’s sport activities, campaigners are now engaged in a battle to win the funding for future years, with no ring-fencing in place, The Grocer understands.

There are also accusations money from the levy intended for school sports facilities and other health & wellbeing projects has been spent on ordinary school repairs.

The Treasury has forecast a potential income of £1.37bn over four years from 2020-24, or more than £340m per year, from the levy. And there is a possibility that figure could rise if the government moves on its threat to include sugary milk-based drinks in the scope of the tax.

However, when Stratford-upon-Avon MP Nadhim Zahawi asked a written question in the House of Commons to seek guarantees that the sugar levy would continue to be ring-fenced towards school health projects in February, the Treasury said no decision would be made until the next Comprehensive Spending Review, the date of which has been plunged into doubt because of Brexit.

And a government School Capital Report published last month said the Healthy Pupils Capital Fund, which was set up to assess and administer payouts for school health & wellbeing projects, was a “one-year fund” only.

Food and farming charity Sustain said it had met recently with the Treasury, and was told the Department for Education was putting forward its spending proposals with no guarantee they would make a case for continued ring-fencing.

“Many of the proposals in the government’s childhood obesity plan require spending, and yet, outrageously, they have made zero commitments to future ring-fence the one new source of income they have for these purposes,” said Sustain deputy CEO Ben Reynolds. “With a potential income of £1.37bn forecast over the next four years, this could go a long way to ensuring all children in poverty receive a free school meal, which for many families struggling with food price rises after Brexit could make all the difference to them getting a healthy, balanced diet.”

Questions have also been raised about how the money raised from the levy’s first year was spent in schools.

The government has admitted that only £100m spent from the Healthy Pupils Capital Fund was used to improve children’s and young people’s physical and mental health.

Stephanie Wood, CEO of charity School Food Matters, told The Grocer this week even that “although the guidance DfE gave to schools and local authorities was really sound, it wasn’t properly ring-fenced, which means the money got spent on patching holes in roofs and removing asbestos, and all sorts of other things which came under the ‘health’ banner. It really wasn’t spent in the spirit of the levy,” she said.

Gavin Partington, director general of the BSDA, said: “It was always clear that the Soft Drinks Industry Levy was more of a political gesture than a coherent policy to address obesity.

“There is no evidence that it has had any impact on obesity.”