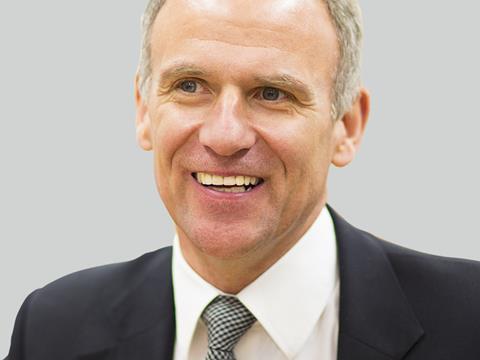 “The tax burden has reached the point where companies are going bust,” said Lewis

Tesco chief executive Dave Lewis has backed calls for a so-called ‘Amazon tax’, suggesting a 2% tax should be imposed on goods sold online.

The call, which is Lewis’s strongest intervention yet, puts Tesco at odds with the BRC, which strongly opposes an online tax. Lewis first called for government action to level the playing field three years ago.

“Three years ago I talked about a potential lethal cocktail of pressures in the retail industry and now you are seeing that come to fruition,” he told the Mail on Sunday.

In depth: Can government deliver an ‘Amazon tax’? Is it needed?

“The tax burden has reached the point where companies are going bust. Has the government thought through what happens when retail starts to decline and if the job losses start to become significant?”

Lewis said it was time to “shift the burden of raising the country’s income” away from store chains.

His comment follows suggestions by the Chancellor that Britain might go it alone with a plan to tax online companies such as Amazon, amid floundering plans across the EU to revamp the international tax system to take into account online platforms.

The change of stance by Tesco is a significant hardening of its line.

Previously sources pointed out Lewis had carefully avoided calling for a specific tax on online companies.

The BRC is steadfastly against an ‘Amazon tax’ and has urged the Treasury to hold back from such a move. “We have been saying for years that the rates burden on retailers is fundamentally unfair,” BRC director of business and regulation Tom Ironside told The Grocer in August.

“However, that does not mean we want to see the existing imbalance simply redistributed… and to a sector which is an increasingly important part of the retail industry.”