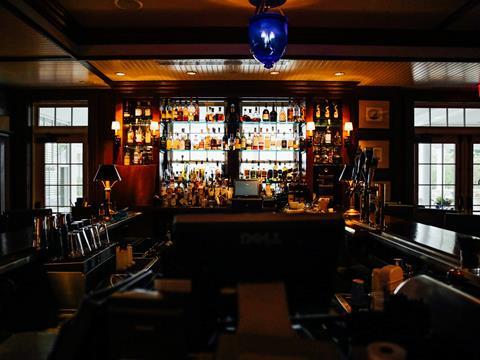 Pub and hospitality trade bodies have made a plea to Chancellor Rishi Sunak to extend the furlough scheme, warning without it 540,000 jobs could be lost from a sector “teetering on the edge” after new restrictions were introduced this week.

In a separate call, the CEOs of KFC, Deliveroo, Pizza Hut and Deliveroo wrote to the Chancellor warning the 10pm curfew on restaurants would have a “catastrophic impact” on their businesses and staff if additional financial support from government wasn’t received.

A survey by the British Beer & Pub Association, UKHospitality and the British Institute of Innkeeping found a members expected to let go of a quarter of their staff by February next year. Almost a quarter (23%) said their businesses would fail by the end of the year without further government support.

Deliveroo chief Will Shu and the heads of seven food chains urged the Chancellor to formally extend the “lifeline” furlough scheme, saying the curfew would see staff hours and wages cut.

Sunak yesterday tweeted that he would be updating the House of Commons this afternoon “on our plans to continue protecting jobs through the winter”. Prime minister Boris Johnson responded to opposition calls for the government to protect jobs by saying Sunak was working on “creative and imaginative” solutions.

The trade bodies’ survey found that one in eight hospitality staff had already been made redundant, with more expected when the furlough scheme comes to an end in October.

“The future of the sector is still very much in the balance,” said UKHospitality CEO Kate Nicholls.

“The additional restrictions announced this week place even further burdens on a sector that is operating with razor-thin margins and needs all the help it can get… We need comprehensive financial support so that those businesses that survive the winter can begin to rebuild next year, starting with a package of measures to support short time working,” she added.

Steven Alton, CEO of the British Institute of Innkeeping, said the sector needed “a specific package of government support”, adding hospitality had “fully played our part in this pandemic”.

“We appreciate that you and the government have already taken huge steps to support the restaurant industry, and we recognise that support cannot continue indefinitely,” their letter to Sunak said. “However, given the further restrictions now being implemented, it is vital that we do all we can to not undermine the recovery that has already begun.”

As well as an extension to the furlough scheme, the chain chiefs urged the Chancellor to extend the VAT reduction on food – due to end on 12 January – for six months, as well as business rates relief for a longer period.

“It is clear that the prospect of restaurants paying full business rates at the end of this tax year would be damaging to the viability of many,” their letter noted.

The trade bodies echoed the calls for VAT and business rates relief extensions.

“If the government doesn’t act now it would be unforgiveable,” said Emma McClarkin, CEO of the British Beer & Pub Association.