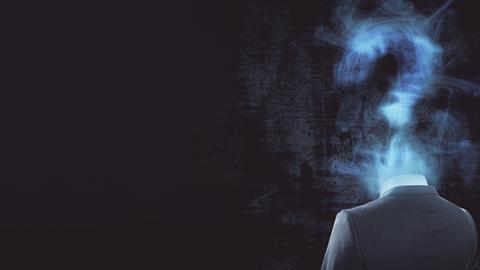 What future for independent vape stores as hundreds go up in smoke?

Vape stores have suffered hundreds of permanent closures due to Covid. So is their golden era over – and how much of their sales will grocers pick up?

Vape stores have become almost as ubiquitous as coffee shops on British high streets. In fact, prior to the pandemic, there were more than 4.000 vape stores in the UK, according to the Local Data Company. That’s more than leading chain Costa Coffee’s 2,700 branches.

There’s two reasons for their proliferation. The vape market has grown hugely in recent years and is worth over £1bn – and thanks to their progressive approach, specialist stores account for the lion’s share of those sales.

Then lockdown reared its head. As non-essential retailers, vape stores were forced to close as part of lockdown measures in late March. It has made this year “immensely difficult for a lot of vape traders” according to Liam Humberstone, engagement and stewardship lead at Independent British Vape Trade Association (IBVTA), and technical director at vape chain retailer Totally Wicked.

Although stores have now reopened, the fallout has been significant. Nearly 500 businesses shut their doors permanently during lockdown, according to the Local Data Company. It predicts a further 869 stores will close by the end of this year, as businesses reel from the pressure of a tough trading environment, alongside the impact of shoppers changing their purchasing habits.

So is this the end of the golden era for vape stores? And will supermarkets and convenience stores pick up that lost trade?

The irony is that total vaping sales have actually increased. According to IRI data compiled for The Grocer, value and unit sales of e-cigarettes, parts and refills were up 30% during lockdown compared with the same period last year.

Those figures are only set to grow as more smokers quit. Over one million UK smokers have cut back since the pandemic hit, found analysis by ASH and UCL in July, and nearly half want to quit completely. That’s good news for vaping devices, described by ASH as “the most popular quitting aid” on the market.

But while sales have grown, shopping habits have been transformed by the temporary store closures, forcing vapers to source “whatever you can get, where you can get it” says Humberstone.

Sales figures reflect this movement. IRI data shows an 18% increase in unit sales at non-specialists during lockdown. Independent grocers enjoyed a 33% increase, convenience sales were up 16%, and the major grocers saw a 9% boost. It was welcome news for the mults, which Humberstone says have long been trying to get a “foot in the door” of the lucrative vaping sector.

Sainsbury’s gained a particular foothold at the tail end of 2018, when it began selling cult vaping brand Juul. It followed that move by becoming the first supermarket to move vape products from behind the tobacco kiosk and onto the shop floor in healthcare aisles.

Morrisons has also been active on the vaping front. It has been working with vape retailers like Eco-Vape, UK Ecig Store and Every Cloud to establish outlets in superstore car parks (see above). Such efforts saw sales through non-specialists grow 24.6% to £224.8m last year [Nielsen 52 w/e 7 September 2019].

“More and more supermarket chains are taking up large, independent UK e-liquid brands as the market is maturing and these companies can fulfil the required volume of production,” says ECigIntelligence market analyst Stavroula Anastasopoulou.

“Nicotine’s not one of those products you can say ‘ah, don’t worry about it’. We scooped a massive load of trade”

Walsall Nisa branch H & Jodies, which established an Aquavape-backed ‘store within a store’ last October, has seen the rewards of its investment during lockdown. “We killed it, we absolutely killed it,” says owner Amrit Pahal. “It was astonishing.” Indeed, Pahal saw his volumes increase fourfold. “Nicotine’s not one of those products you can say ‘ah, don’t worry about it’. We scooped a massive load of trade,” he says.

Crucially, that extra trade hasn’t simply dropped off now that specialist stores have reopened. Pahal says while lockdown volumes have “peaked off”, he is still selling double what he was last year.

His experience is in line with the wider market. Since vape stores were permitted to reopen on 15 July, sales through non-specialists have remained 10% higher than prior to lockdown, according to IRI, indicating many vapers are sticking with their new habits.

“This shift in purchasing habits can largely be attributed to the fact shoppers have become more aware of the wide range of vaping products available, and just how easy it is to pick them up in traditional retail,” says JTI’s Geens. “Once a customer trusts a retailer, they are more likely to return, which will allow the supermarket and convenience channels to profit.”

On the flipside, specialist stores are expected to suffer. Amid changing consumer habits and tough economic conditions, Local Data Company data shows 13.3% of vape chain stores and 9.6% of independents closed for good during lockdown.

Roughly a quarter of both types are recorded as temporarily closed, but the Local Data Company expects many simply won’t reopen. “If they haven’t already, when you’re allowed to by the government, when will you?” asks senior analyst Ronald Nyakairu. At best, another 5% may do so, he predicts.

More may fall when government support packages come to an end. UKVIA director John Dunne says the support proved a “godsend for some” and many are relying on it to “just about squeak through”.

Some smaller operations did turn to online for a boost. However, this channel only accounts for 30% of sales at vape specialists, according to IBVTA estimates. So that revenue simply “allowed them to pay some of their bills”, Dunne adds.

And for some, the work involved wasn’t worth the extra revenue. “Only a proportion of vape stores decided to take on that [home delivery] work, and those that did so were time limited by how many customers they could get round to,” says Humberstone. “A lot of them exhausted themselves with it.”

The mults are gaining ground online, too. Tesco, Asda, Morrisons and Sainsbury’s sell a small but growing range of juices and devices online, and the latter also sells devices and parts through Argos.

So if specialist vape retailers can’t survive on the high street, they may struggle to survive at all. Dunne says footfall will be a major factor in the fortunes of the vape store. “The biggest fear at the moment is – will the footfall come back to the high street? If it does, we’ll be fine. If it doesn’t, we have a problem.”

On that note, there are positive signs. Data from Springboard and the Department for BEIS shows footfall continued to increase in August, though it is still just 60% of what it was a year ago.

“I would put money on people going back to indies soon”

Humberstone says he is seeing this play out in Totally Wicked’s 160 stores. “The recovery is certainly real and happening,” he says. So though he believes there will be some “rates of attrition”, he thinks vape stores will continue to be a feature of UK high streets.

For him, their extensive ranging and expertise will still be a draw. “I would put money on people going back to indies soon,” he says. “Because when you need advice or want to have a look at a device – you won’t do that in a supermarket.”

For everything else, however, the supermarkets are proving ever more powerful – and could smoke out weaker specialists

From first puff to advanced user: the vaping purchase journey

At least, in the type of systems they choose.Inexperienced vapers will usually start off with the ease of disposable closed-system devices. As they become more familiar with vaping, they will progress to pre-filled pods, before moving to open-system devices – first with basic, then advanced types.This is important information for everyone in the vaping market. Because a customer’s choice of device will usually influence their choice of channel.

“Different user types tend to use different channels in general. This is largely driven by the users’ level of involvement with the category and also supply,” explains ECigIntelligence’s Stavroula Anastasopoulou.

“A pre-filled pod user will easily find their refills in a supermarket, while a seasoned advanced tank user will have less choice of large volume, short-fill bottles in these generic stores,” she adds.There is a reason why supermarkets and convenience stores are a bigger destination for closed-loop systems. These systems tend to come from big hitters in the tobacco industry – see British American Tobacco’s Vype devices and Japan Tobacco International’s Logic offering.

Given that there is an “already-existing distribution route for traditional cigarettes” in supermarkets and convenience, Anastasopoulou says they are an obvious go-to destination.That leaves vape stores to prioritise more experienced users and stock more independent suppliers, she adds.

Increasingly, however, supermarkets and convenience stores are stocking more open-system options in response to growing demand.

While vapers are currently evenly split between closed and open systems, ECigIntelligence predicts the latter will grow to around 60% of users.