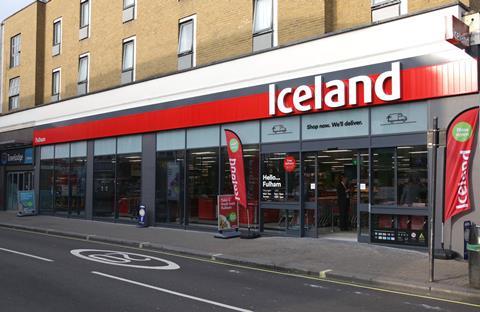 Shoppers using the means-tested government vouchers at Iceland will be offered a £1 bag of frozen veg for free from 11 September.

Along with Aldi, Asda, Co-op, Lidl, Sainsbury’s, Tesco and Waitrose, Iceland has promised to dedicate social media platforms over the next six weeks to sharing stories of those most affected by child food insecurity in the UK, supported by real-time statistics. Deliveroo, Kellogg’s and charities FareShare and the Food Foundation have also joined the taskforce.

The taskforce is to push the government for spending in the autumn statement to support vulnerable children, whose plight has been made even harder by the Covid-19 outbreak. It has written to MPs calling for the implementation of recommendations in the National Food Strategy, published in July, including increasing the value of Healthy Start vouchers from £3.10 to £4.25.

Iceland said its initiative would add value to the scheme while the government considers improvements.

How prevalent is child hunger in the UK? And what can be done about it?

“My hope on forming the Child Food Poverty Task Force was that it would ignite conversation relating to the issue – why is this happening?” said Rashford. “How is this happening? And, are we really doing everything we can to help?

“Iceland’s new initiative grew out of that conversation and it really shows how the simplest step can have impact.”

Henry Dimbleby, head of the independent National Food Strategy, said: “It is brilliant that Iceland has taken this step to help children get more fruit and veg into their diets. What a great example of how a supermarket can help low-income households eat well. Eating well in childhood is the very foundation stone of equality of opportunity. There is a serious danger that this economic downturn will increase hunger and poor diet, and leave a lasting scar on the bodies and prospects of our young children.

“I urge the government to follow suit by increasing the value of Healthy Start vouchers to £4.25 a week and offering them to all pregnant women and parents and carers on universal credit with children under four.”

Iceland said it would report on learnings from the initiative in the hope of encouraging the government to accept a need to increase the value of Healthy Start vouchers, as well as extending entitlement to them.

Iceland Foods MD Richard Walker said: “We are proud to stand alongside Marcus Rashford as he continues this vital campaign, and we understand the pressing need to help from our interactions with millions of customers each week. We were keen to implement initiatives as soon as possible, without waiting for the government to respond, which is why we have introduced our frozen vegetable offer.

“At Iceland we have a long history of supporting our local communities and offering great-quality, low-cost food to help families across the country. We will continue to review our commitment to ensure we are able to support Marcus’ campaign to the fullest possible extent.”