Asda’s new twist on grocery is a potential game-changer 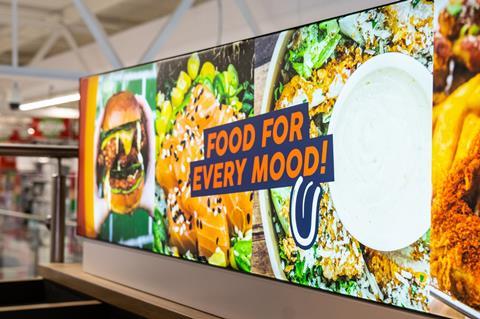 Philip Green used to boast that he could run every department within his Arcadia business – except IT. Personally, I would add the PR and HR departments to that list, and while his failure to ‘get’ online has been blamed for its demise, in what’s been the worst week yet this year for the high street, it’s an oversimplification.

Let’s face it: if the difference between success and failure was only about online sales, Primark would have keeled over by now, too. Instead, it’s making up for lost time, including 24-hour opening hours in 12 of its 392 stores, as non-food stores reopen just about in time for Christmas.

Arcadia’s problems went deeper. One could add business rates, long leases. And as important as IT is the ‘it’ factor, which in fashion is as easy to lose as it can be hard to find.

That’s less the case in food than fashion. But fashion is still important in grocery. It’s crucial to understand the millennial shopper mindset. And again it’s not as simple as being online. It’s about keeping up with the latest food trends, like plant-based, low & no and mindfulness. But grocery retail also needs to involve experience. And supermarkets have increasingly lost ‘share of stomach’ as they’ve struggled to compete against the excitement and experience of street food and casual dining –especially when it’s delivered via a courier bike.

That’s what makes Asda’s tie-up with Twisted so interesting. Twisted is a ‘dark kitchen’ concept (spawned by the eponymous YouTube channel) serving trendy, mouth-watering food fulfilled via Deliveroo and Uber Eats. Since 2017, six kitchens have opened in London, with others in Southampton, Glasgow, Newcastle and Cardiff. It even brought forward the launch of its first restaurant opening this year – surely a first in this pandemic.

The aim for Asda’s Clapham Junction store is to offer both a counter service and delivery via third-party couriers, using its under-utilised in-store café, while also creating a House of Yum food court. Asda, let’s face it, is not synonymous with sensory overload. The Twisted concept helps address that, while the concession will also deliver the expertise it needs to run dark kitchens. I predicted Asda’s move into dark kitchens in July. Looks like this is the first roll of the dice. It could be a real game-changer in making Asda more foodie and more relevant.

Talking of predictions, as early as 20 March I suggested Tesco et al were not the most deserving cases for the government’s business rates relief. At the time, the supermarkets argued it was right to take the money, due to the extra costs they incurred. Now they’re arguing they can afford it as the situation has become clear, and a second lockdown has boosted take-home sales once again – though they weren’t saying that when they announced their various eye-watering dividends this autumn. Seeing the speed at which rivals followed Tesco’s lead this week in handing millions back shows how untenable their position was. At least we know the money can go to better causes – like BRR for foodservice wholesalers, for example. They are a far more needy case given their parlous state, which would cost £50m – leaving the Chancellor with £1.95bn for other good causes like food poverty or food waste redistribution.