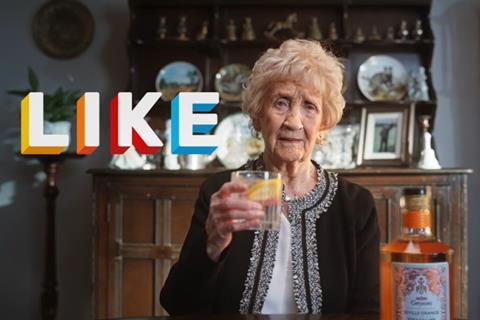 Aldi has launched a new TV ad campaign aiming to persuade doubters of how much there is to ‘like’ about the discounter.

Ann, a shopper who ‘doesn’t like Aldi’, has her preconceptions challenged in clips showcasing Aldi’s British beef, award-winning nappies, Specialbuys and low prices.

The 40-second ad, due to air during tonight’s episode of Coronation Street on ITV, also sees the return of elderly ‘Jean’, who first appeared in an Aldi ad in 2011. Still a fan of gin, the 91-year old great-grandmother is shocked to learn that Ann doesn’t like it.

The ‘Like Aldi’ ad is an update to Aldi’s ‘Like Brands, Only Cheaper’ campaign, targeting shoppers unfamiliar with its “high-quality, great value product offering”, the supermarket said.

It’s the work of creative agency McCann and director Juliet May, and due to run throughout the year.

“We know that once customers try our great range of award-winning products at amazing prices they fall in love with Aldi,” said Aldi UK marketing director Sean McGinty. “The Like campaign uses Aldi’s well-known sense of humour and one of our much-loved characters to say, ‘come on, try it for yourself. You might just like it’.”