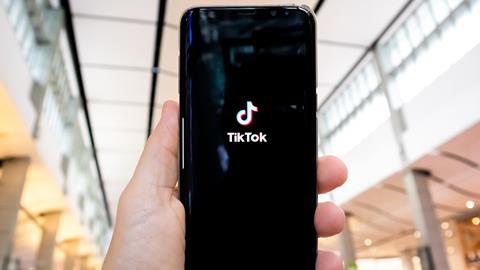 The eight golden rules of TikTok according to Little Moons

Coincidentally, TikTok is pretty good at selling mochi. Thanks to a viral trend, Little Moons celebrated its biggest ever week in grocery last week. Every retailer that stocks it (Tesco, Waitrose and Ocado) had record sales in both value and volume and, in Tesco alone, sales are up 1,300%. At roughly £4.50 a box, those figures are not to be sniffed at.

So what happened? At the start of January, Little Moons noticed people were filming themselves going on an adventure to ’big Tesco’ to buy the ice cream balls. The brand isn’t exactly sure which post was “video zero” but it thinks the one above did a lot of the heavy lifting on making the trend viral. Before long, there were thousands of videos of people doing the same thing, then videos documenting the trend itself (below). When Little Moons mochi sold out everywhere, there were even more videos created by people feverishly trying to hunt them down.

Have you tried yet? ##tesco##uk##littlemoons##mochi##littlemoonsmochi##joke##trend##viral##fyp

There are a few things Little Moons marketing director Ross Farquhar credits with creating the “perfect storm” for this trend to take off.

Firstly, the UK is still in lockdown, so young people are bored and looking for silly things to share on social.

Secondly, there’s the product itself: it’s texturally and visually unusual so it can be squeezed or stretched and the British public are unfamiliar with it. Therefore it lends itself to reviews/taste tests – both things that make good TikTok content.

Finally, Little Moons was already on the app, making videos, engaging with users and becoming well-versed in fanning the flames of emerging trends. Thanks to this experience, Farquhar is able to share with The Grocer what he thinks other brands and retailers should know before taking on TikTok.

Be obsessed with it

If you haven’t already lost hours scrolling through the app, you might not be the best person to take your brand on to the platform. If the title of this section of the article hasn’t got you repeating the ’i am obsessed with it’ TikTok sound in your head, then it’s definitely not you.

Your best bet is find someone on the team who is already hooked and understands the type of content that performs well. Farquhar admits that if the content creation was left to him, the brand probably wouldn’t have reached the level of success it has done. Instead, marketing executive Charly Gillespie-Smith takes the lead with free rein to do what she thinks will work. There’s no approval flow for her posts.

The process of creating TikTok content should be the exact opposite of your approach to the content you make for other social media platforms. For example, If you’ve made a plan, it’s already doomed. TikToks work best when they are spontaneous, imperfect and out there – it’s what makes them so different and more addictive than other, more polished, social content.

Throw out the rulebook

Sticklers need not apply. If you’ve got tough style guidelines that you’re hesitant to deviate from, you’ll find it tough on TikTok. According to Farquhar, brands cannot worry about using the same font, their brand colours or panic about misuse of their logo. Expect creators to have fun with your brand and mess with those things in the process. Even within the content you create for your own brand TikTok account, it will be difficult to partake in trends (which are just remakes of other users’ videos) without using the fonts, sounds and filters that tell viewers you’re in on the joke and it’s part of that same trend.

TikTok suits lighthearted, playful brands because it’s a sanctury for gen Z. This generation grew up online and famously have a pretty strange sense of humour as a result. This article from Medium describes them as the best absurdists since Albert Camus.

If you’d be bothered by a weird redesign of your logo, you’re also going to be bothered by your product being deep fried, shaved with a disposable razor, made into a hat for a snake or having surgery performed on it. Brands interested in taking part in this have to be brave and surrender to the abstract creativity of creators in any form that happens to materialise.

Unlike Instagram, TikTok doesn’t prioritise content from accounts with large numbers of followers. Instead it looks at posts and feeds them through to users based on their individual rate of engagement.

The team at Little Moons recommends looking for the most creative users in your fanbase that have already shown an interest in your product. Send them some, and hope they use the freebies to record something fun, and that droves of people are inspired to copy them.

Avoid creating partnerships or looking for a brand ambassador like a typical celebrity or influencer marketing contract. It’s lower risk and potentially higher yield to make these interactions fleeting and more authentic with normal people.

Put some money behind it

If you have sent out your product to creators and found yourself in the same position as Little Moons – ie you’re at the peak of an organic, viral TikTok trend and your product is sold out everywhere – now is the time to get your wallet out.

Going to big Tesco in search of Little Moons. Join in! 😍 ##littlemoonsmochi##littlemoons##tesco##fyp##bigtesco##viral

Farquhar says there’s a temptation to stay out of something that has grown organically but doing so “will cut off the oxygen”. At the height of the buzz the team made a quick and simple recreation of the “going on an adventure to big Tesco to find Little Moons” videos and put a modest amount of cash behind it. The ad (above) got six million views and spurred thousands more users to have a go at filming their own version of the trend.

If someone goes out and buys your product, enjoys it and makes a popular TikTok video, you should comment in response. Message them to tell them you love their video and offer to send them some more for free. Farquhar says this tactic often leads to the user making even more videos, creating a halo effect. You never know, the next video they make could be the start of an entirely new trend.

We know by now that TikTok doesn’t work the same way as other social media platforms, but this particular phenomenon might be the strangest. Usually, If you post something on social and it doesn’t take off within the same day, it’s probably a dud and you can delete it to keep your account looking highly engaged.

Little Moons has found that some videos it posted with very little reaction have exploded overnight weeks later for no apparent reason, so it’s worth leaving all your posts up. In fact, the video it credits with catapulting the trend into the mainstream (top) didn’t get much attention until about 10 days after the creator posted it.