Ad of the Week: The Muppets bring their magic to Warburtons' crumpet campaign 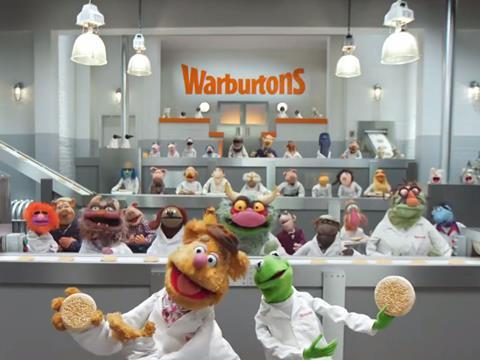 Warburtons has cemented its position as the bakery brand of the stars in its Giant Crumpets ad, bagging The Muppets, no less.

Kermit turns up to pitch an idea - just as Sly Stallone did - to Jonathan Warburton. The “Muppet extravaganza” - The Giant Crumpet Show - that follows is a riot. We get a catchy song, some rubbish jokes from Fozzie and a scene-stealing performance from Miss Piggy, who shares quite a moment with ‘Johnny’ himself. Even Statler and Waldorf pop up to pour scorn over the whole thing.

It seems odd that these superstars are focusing on one product, but it’s all so much fun that the notion of Jim Henson’s lovable creations shilling for the man is only very faintly dispiriting.