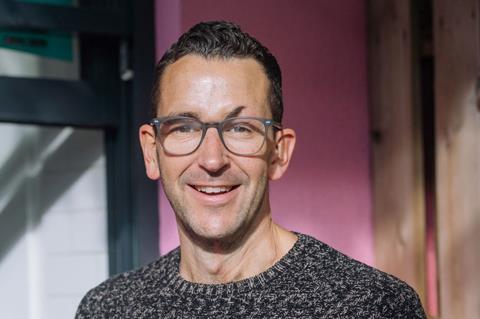 Smith joined the dairy-free drinks and cereals brand on 22 November after 12 years at Ecover & Method.

Smith also previously worked for L’Oréal as a national account manager, and has consulted for major retail clients such as Sainsbury’s and the Co-op.

In his new role, Smith would “lead the brand and team as it enters its next phase of growth”, said Rude Health.

A “seasoned commercial leader with experience launching and scaling premium challenger brands in the UK & Europe”, Smith would help it “achieve its ambition of becoming the UK’s leading plant-based and dairy-free brand”.

The appointment would allow the brand’s founders, Nick and Camilla Barnard, to “concentrate on their role as advisors and mentors to the small but talented and committed team of 45”, it added.

Smith said he was “thrilled to be joining and leading” a “purpose-driven brand that shares my values of using business as a force for good”.

“Rude Health are ready and brilliantly positioned for further growth,” he added. “In 16 years, Rude Health has grown from a kitchen table startup to a £20m-plus turnover business, all while never compromising on great taste, ingredient quality and responsible sourcing.”

Camilla Barnard said she and fellow co-founder Nick Barnard were “delighted” to have Smith on board.

“In his trusted hands, we know that the Rude Health ethos will continue to thrive,” she said.

It comes after the brand recently won B Corp status, which it said marked “16 years of doing business the right way”.

Rude Health announced it had acheived the accreditation in June, following “three months of rigorous testing”.

Smith isn’t the only recent departee from Ecover & Method.

Last week, eco-cleaning brand Neat announced that it had made two senior appointments from the business: Lonneke Spierings, as business development director; and Phil McGregor-Jackson, as operations director.