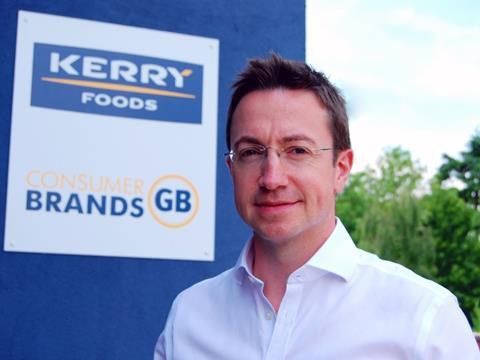 What was your first ever job? My first ‘proper’ job was as category analyst for Diageo. I was tasked with calculating profit per square foot for spirits by each of the big four.

What’s been your worst job interview? I was once asked to roleplay alongside two hired actors. I was supposed to resolve a ‘dispute between colleagues’ but we ended up in a shouting brawl.

What was the first music single you bought? I believe it was ‘Waiting for Sex’ by Erasure. Psychologists will have a field day with that one.

How do you describe your job to your mates? I help persuade shoppers to spend more money on chilled foods.

What is the most rewarding part of your job? It’s all about the last nine yards. If we unlock great execution of a shopper campaign and see it reflected in shopper loyalty and sales, I’m happy.

What is the least rewarding part? I would love to spend a bit more time in store with real shoppers.

What is your motto in life? If it’s worth doing, it’s worth overdoing.

Do you have any phobias? Thinking tactically instead of strategically, doing a thousand things adequately instead of a few things well… and I don’t like wasps.

If you could change one thing in grocery, what would it be? I would implement constantly changing stores that help shoppers shop and keep it exciting for them. Aisles for each day of the week, each with breakfast, lunch and supper occasion bays.

What luxury would you have on a desert island? I can’t function without a sausage sandwich (Richmond or Wall’s, of course).

What animal most reflects your personality? A penguin - more specifically one from the film Madagascar.

What’s your favourite film and why? The Last Samurai - it’s very deep and I enjoy martial arts.

What’s been the most embarrassing moment in your life? Contracting sickness and diarrhoea while entertaining clients in Chicago. Those poor guys saw me in ways even my wife hasn’t.

Which celebrity would you most like to work with and why? I was lucky enough to meet Nando Parrado, survivor of the 1972 plane crash in the Andes, at a conference. He was so inspiring I could work with him every day of the week.