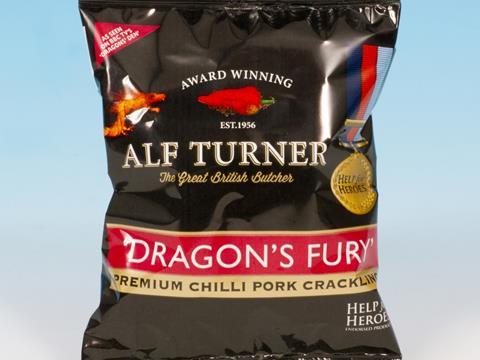 Owner Paul Turner said he was currently speaking to all the major multiples and some pub chains about listing the crackling, which is manufactured under licence by Bloxwich-based Black Country Snacks.

Turner appeared on Dragon’s Den in 2012, securing an £80,000 investment from entrepreneur Peter Jones.

Other upmarket pork crackling products on the market include Awfully Posh (rsp: 89p/40g), which is listed by Waitrose and was created by Thomas Lock, a former meat counter worker at the retailer.