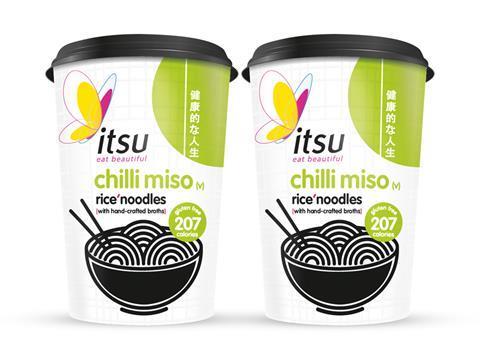 Use of a cheaper, more widely recyclable pack had helped the brand “offer the consumer a better price, while ensuring the product remains of the highest quality” it said.

Rsp had been cut by 12% from £1.99 to £1.75 at “a time when food inflation is plaguing the shelves of our supermarkets” Itsu added. It comes as suppliers and retailers are under renewed pressure to move away from unsustainable packaging.

They are to be joined on shelf from 29 January by two extra variants in the Itsu udon pot noodle range: Katsu and Satay (rsp: £2.50/173g).