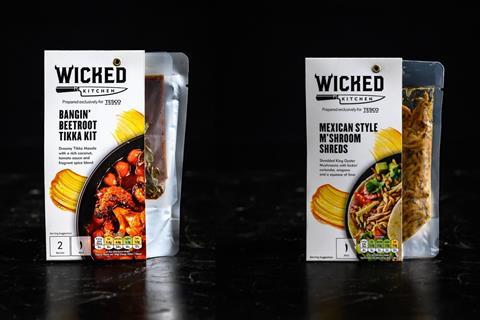 Tesco is expanding its Wicked Kitchen vegan lineup with a range of meal kits.

The retailer is adding an eight-strong range of meal kits, some of which feature the brand’s “much-anticipated newest innovation” – shredded king oyster mushrooms, which the team had “been working on for years”, Tesco director of plant-based innovation Derek Sarno revealed in a LinkedIn post this week.

The Wicked Kitchen range launched into Tesco in January 2018 with a 20-strong range of vegan ready meals, pizzas and food-to-go options. It has since expanded into pastry products, cakes and desserts, as well as building on its initial meal offerings.

Sarno said the range helped “make choosing and cooking plant-based easier than ever”.