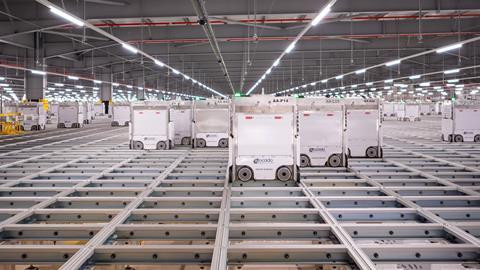 What are the patent claims in Ocado lawsuit and what is at stake?

Ocado is being sued by Norwegian robotics company AutoStore

Late last week, Ocado was struck by an unexpected and potentially devastating lawsuit. Norwegian robotics company AutoStore filed complaints to courts and tribunals in the UK and US to block the import, manufacture, sale, and use of Ocado’s automated warehouse system, which AutoStore claims infringes its patents.

The legal battle is shaping up to be the biggest non-pharmaceutical patent case in the UK for years, according to experts. It promises to be a bruising, high stakes affair. As Sean Jauss, head of legal services at IP law firm Mewburn Ellis, puts it: “To use a poker analogy, AutoStore is all in”.

So what is AutoStore claiming? What are the implications for Ocado and its customers? And is there a strategy behind AutoStore’s public approach?

In court papers seen by The Grocer, AutoStore claims Ocado has infringed several patents including the “fundamental central cavity design” of its bots; the arrangement of the robots’ lifting mechanism; and their in-wheel motors.

“To use a poker analogy, AutoStore is all in”

AutoStore – an Asda partner in the UK – says it was first approached by Ocado in 2012, when the online supermarket was seeking to acquire exclusive rights to distribute the system in the grocery sector, a pitch AutoStore refused.

“Ultimately, Ocado purchased an AutoStore system in 2012 for use in one of its UK sites, using AutoStore’s distributor Swisslog to manage the project,” court papers state. The purchase included documentation, software and training.

“At around the same time”, AutoStore claims, Ocado developed its own system based on the one AutoStore “pioneered”.

Ocado’s own robots went into production in 2015, and thousands are at work in Ocado-run CFCs around the world, including those used by Ocado.com and Morrisons in the UK, Casino Group in France and Sobeys in Canada. Meanwhile, CFC projects with Kroger in the US and Coles in Australia are underway. 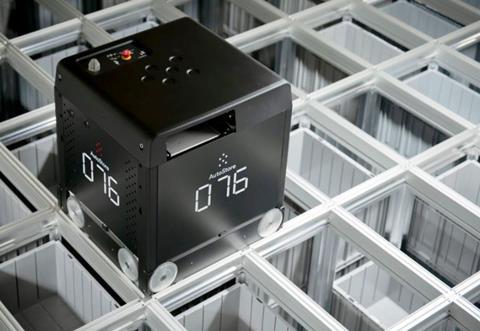 Regardless of the outcome, the cases could prove an expensive headache for Ocado for years to come. A High Court case in England generally takes 12 to 18 months to go trial, with a further three months for the decision to arrive.

“For a case this significant, it will almost certainly be referred to the Court of Appeal, which would add another 12 months and may go as far as the Supreme Court – another 12 months,” says Jauss. In the US, it could take two years or more to get to trial, plus appeals, Jauss adds. “So not fast. But faster than is likely to be the case in the US, where most patent cases in District court or the Federal Circuit take at least two years to get to trial, plus appeals,”

There’s significant legal cost for Ocado in “lawyering up”, which will not be made less painful by the fact it has spent close to £2m suing Jon Faiman, one Ocado’s co-founders, for alleged “theft and unlawful use” of its own IP.

An ultimate decision in favour of either will be hugely disruptive to the other, in Ocado’s case threatening its business model, customers, partners and suppliers, while AutoStore is risking its “patents and treasure” Jauss says.

“Ocado is almost certainly going to counterclaim that some or all of the AutoStore patents are somehow invalid. If their patents are held to be invalid by the courts they will be revoked. They also risk very substantial legal costs if they lose and, if Ocado successfully counterclaims infringement of their own patents by AutoStore, damages too.”

AutoStore’s announcement came as a surprise to Ocado. “This is the first we have heard of this new claim,” Ocado said on the day.

Most patent claims settle before trial and it is “far from certain” AutoStore’s case will reach a court, Jauss says. “It is unusual to so publicly set out their litigation, which suggests to me AutoStore are hoping to strongarm Ocado into a settlement through a PR exercise aimed in large part at Ocado’s customers and partners. A bit of ‘shock and awe’ maybe?”

“The smartest move Ocado can make now is acquiring AutoStore from [PE owner] THL and running AutoStore as a separate company. Ocado needs a micro-fulfilment solution and a combined Ocado/AutoStore solution would generate tremendous value for retailers.”

That, or settling for a high-value licence of the AutoStore patents, would certainly, as Jauss puts it, “make the problem go away”.