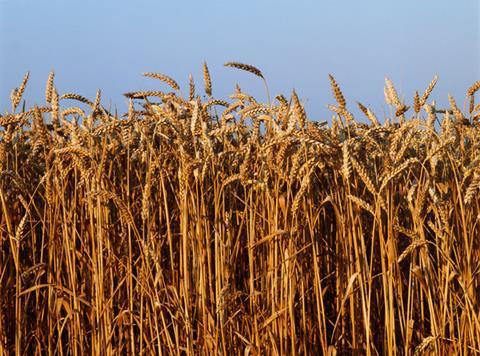 The headline growth picture for the Global 50 is unremittingly grim, but there was some solace for the world’s biggest fmcg suppliers when it came to the bottom line.

The global 50 managed to increase gross margins by 1.1 percentage points to a multi-year high of 46% despite the headline fall in sales – but even this improvement was heavily driven by underling commodity prices rather than the strategic actions of the companies themselves.

Price deflation has been the story in UK grocery since 2014, driven the intense supermarket price war as the traditional grocers responded to the huge growth of the German discounters Aldi and Lidl.

But UK deflation was exacerbated by cost input decreases, which continued to support lower average commodity prices globally through 2016.

A further 11% fall in crude oil prices over the year – in addition to a 2% fall in natural gas prices and a 5% drop in aluminium – kept a lid on the price of most commodities last year, though the picture was somewhat mixed.

However, other commodities defied the declining price of oil and were driven upwards by specific factors, such as production shortfalls or weak harvests.

Therefore, differential impacts have of underlying commodity prices have emerged across the Global 50.

For example, P&G, Coca-Cola and Nestle all commented on how more favourable cost inputs boosted their gross profit margin.

The breathing space the generally benign commodity environment has given the Global 50 may also be coming to an end as many global commodities have edged upwards in the first half of 2017.

“The rise of oil prices again after several years of sharp declines is the single biggest reason why average commodity costs are turning and starting to go back up again,” says OC&C’s Hayllar.

This has driven a 10% rise to FACO Food Price Index of 73 commodities across meat, vegetable oils, cereals, dairy and sugar over the same period.

“It certainly suggests there will be more pressure on margins in 2017, though most of that pressure from rising inputs is likely to be passed on,” Hayllar concludes.

But even then crude oil remains well below the $100-plus a barrel level it consistently traded at in the three years before the mid-2014 price collapse.

Jefferies analyst Martin Deboo points out that underlying commodity inflation remains nowhere near the levels seen in 2008 and 2011 – the former of which saw crude oil go over $147 a barrel.

““The latest signs are that the inflationary cycle is fizzling out again,” he adds.

In the early months of 2017 crude oil was trading at between $56 and $58 a barrel, but this has dissipated in recent months again to below £50 a barrel and hit $45 a barrel in mid-June taking the steam out of food commodity inflation price rises.

UK food manufacturers in particular are still feeling the squeeze of inflation – with supermarket price inflation hitting a four year high last month according to The Grocer Price Index - but this has been overwhelmingly driven by the devaluation in sterling since the UK’s vote to leave the EU in June last year.

On a global scale, input cost inflation has been returning to the market and will contract some of the margin padding that lower commodity prices drove across the Global 50 in 2016.

But commodities are still likely to remain one of the key crumbs of comfort over for the global food industry over 2017 and beyond while energy prices remain benign.