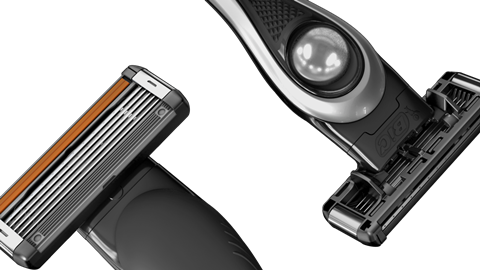 D2C is a cut-throat business ... and that’s just in razors

As Alessio D’Antino, founder of Forward Fooding told The Grocer’s Sales & Marketing Technology conference this week, “there is no one size fits all model” in direct to consumer, and the razor subscriptions market is a case in point.

The most famous exponent of the disintermediation trend in the category is Dollar Shave Club: disrupting the market through a combination of a subscription-based model with humorous ads that are far removed from Gillette’s aspirational commercials, it was snapped up by Unilever for $1bn. And its approach has not only hurt Gillette’s sales (down £13.3m in UK grocery last year), it’s prompted, inspired and validated a whole host of rivals to launch D2C shaving clubs.

Most obviously there’s been a response from P&G, with its Gillette Club launching in May 2017. Also from the US there’s Harry’s (2013) and Edgewell (2015). In the UK Cornerstone launched in 2014 with the help of a crowdfund campaign. From France, Bic Shave Club (BSC) launched in late 2017. And the most recent service to launch was that of South Korean razorblade manufacturer Dorco in June last year.

So, it’s a cut-throat market. How are they all competing? How do the services differ? Is anyone making any money?

There are no official figures on the size of online razor and razorblade subscription service, but Cornerstone founder Oliver Bridge claims it’s “the leader in the UK: four or five times bigger than Dollar Shave Club.

“We’ve just shipped our one millionth order, and had a quarter of a million customers come through the door.”

That it’s also taken share away from the big players is partly thanks to the D2C model’s inherent flexibility versus the retail cycle, he says.

“You have real-time social media feedback, real-time point data from the website, real-time sales data, real-time customer service enquiries. You can feed that feedback into your line ranges, your packaging, your customer care, your social media instantly. The cycle in retail is so much slower.”

Cornerstone has branched out from shaving to broad personal care, health and dental care in the past 18 months. “And as of last week, erectile dysfunction medication,” he adds.

Dollar Shave Club has also been taken “from cheap razors to a full male grooming brand” under Unilever, says CEO Alan Jope. But while it was performing strongly in the US, with double-digit growth, international expansion was “not straightforward because each market has its own characteristics on consumer habits and insights, [and] different competitive context.”

Conversely, while it would be “stupid” to sell only razors, Bic Shave Club intends to focus on them, with only a small selection of other SKUs available, says general manager Laurent Laforest.

But it’s also been tweaking its model. Having launched in France in March 2017, Bic Shave Club found “very quickly” that low price was not enough, says Laforest: customers also wanted a higher-quality product. And in a further example of the cut-throat nature of the competition Bic purposely switched the handle to one based on the Gillette Mach 3, on which P&G’s patent has expired, to accelerate growth.

It’s important to men to have “a nice shaving experience” according to Laforest. “But it’s not enough - especially online, where the product has to be immediately seductive.”

Nonetheless, Bic’s entry price point, in keeping with the budget brand’s accessibility, is “very affordable”. A BSC starter pack of handle, five-blade head and shaving gel is only £2.99, compared with Harry’s similar introductory offer of £3.99 and DSC’s £5, while Cornerstone starts the ball rolling at £10 (but with six blades).

So what’s the secret to a successful D2C business? For Bridge “the definition of good is a profitable model”. And that’s defined by a category; it’s “an acquired cultural skillset”.