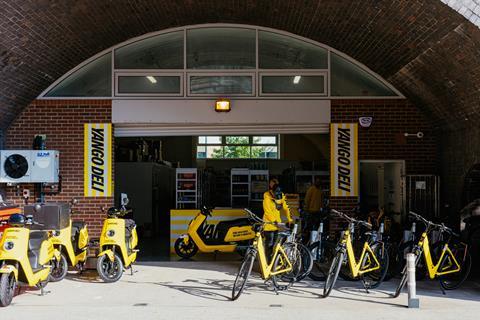 The London locations – in Bethnal Green, Battersea, Bermondsey and Acton – add to Yandex’s more than 400 dark stores globally. The four cover “some 1.4 million potential customers” in London, the company said, who are able to receive their grocery orders “in about 15 minutes” after ordering.

Each dark store stocks around 2,500 SKUs which include fresh produce and freshly baked pastries, as well as “both international brands and local favourites” Yandex said. Deliveries are made from 7am to 11pm daily, with no delivery fee or minimum order requirement.

In what it claimed was a first for the London ultrafast grocery sector, Yango Deli is also piloting the delivery of freshly cooked hot food.

Over the coming months the service will expand to cover other areas of London, the company said.

“The UK, and London in particular, is an exciting new market for Yango Deli, as the city is especially well suited to the dark store model. The densely populated capital is full of busy professionals, young students and many others who appreciate the convenience of a fast, stress-free shopping experience,” said Evgeny Chernikov, general manager at Yango Deli UK. 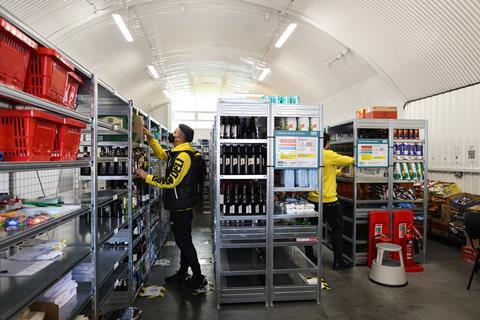 “Our operations are tried and tested on a large scale and across multiple geographies, and we’re now excited to bring a new level of ultrafast grocery service to the UK’s bustling capital,” he added.

In Q2 2021, the annualised gross merchandise volume run rate of Yandex.Lavka and Yango Deli was approximately £255m, up 2.3 times year on year.

“As a part of the Yandex ecosystem, Yango Deli is an established player in an industry largely dominated by new startups seeking investment. We benefit from our own tech solutions, which facilitate our intelligent supply and demand planning, predictive assortment selection and effective picking and delivery routing,” said Maxim Avtukhov, head of international markets for Yango Deli.

“We are now rolling out Yango Deli into high-potential European markets and will take a decision regarding further expansion based on our success there,” he added.