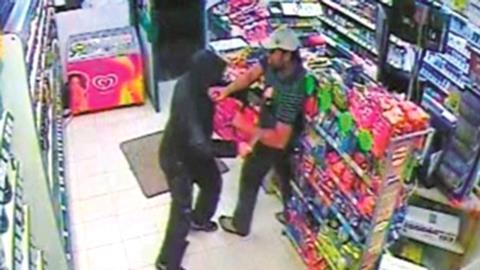 Today is a bittersweet day for retail workers in Scotland, as the Protection of Workers Act comes into force

The legislation creates a new statutory offence to assault, threaten or abuse a retail worker as they’re going about their job. It also means if the worker is carrying out mandatory duties such as age verification or refusal of sale at the time of the attack, tougher penalties for aggravated assault could be imposed. And for the first time, retail crime will be recorded as such by police.

It’s certainly a victory for shopworkers north of the border, albeit tinged with sadness such measures are deemed necessary in the first place. Retail crime has been a key issue for shopworkers for a long time, but the pandemic sparked even higher levels of abuse towards shopworkers despite their efforts to keep shelves stocked and the nation fed.

Preliminary results from the latest annual survey of its members by shopworkers’ union Usdaw found in the last year, 92.2% were verbally abused, 70.1% were threatened and 14% had been assaulted.

But the big question is: will this legislation act as a genuine deterrent to potential offenders, or is it about reassuring staff that attacks against them will no longer go unpunished?

No one is naïve enough to think this law will make retail crime go away.

In 2018, the government introduced the Assaults on Emergency Workers (Offences) Act so that anyone found guilty of assaulting a police officer, firefighter, prison officer or paramedic faced longer jail terms with a maximum sentence of 12 months.

But in the year that followed, almost 20,000 offences were charged under the Act, of which 75% were assault by beating. That equated to more than 50 assaults a day. Nine in 10 assaults were against police officers – almost always when the attacker was intoxicated on drink or drugs and being arrested for an unrelated offence.

Other acts of violence ranged from kicking and punching to head-butting and slapping. Spitting was also common – a theme seen throughout the pandemic with the threat ‘I’ll give you coronavirus’. Threats to cough and spit have become a common form of workplace abuse, according the British Retail Consortium.

In this context, reassurance crime against retail workers will be taken seriously by the police and courts is what’s really at the heart of this legislation – and if that is the case, hopefully an actual reduction in incidents will follow.

The most important element right now is the recording of crime, says the Scottish Grocers’ Federation.

“The Protection of Workers Act will give confidence these crimes are taken seriously and those responsible will be brought to justice,” says SGF CEO Pete Cheema OBE. “To ensure that, we need to get even tougher on trouble and report every crime in Scotland’s shops.”

In February, SGF launched the Don’t Put Up With It campaign, with support from the Scottish government, Crimestoppers and Police Scotland. The six-week initiative aimed to pave the way for the Act coming into force by encouraging retailers in Scotland to report crimes.

SGF had a series of meetings with Police Scotland in the run-up to the Act going live, where the trade association was told it had a communications plan in place. This is to ensure officers are fully aware of the new legislation and know how to correctly record offences under the Act, helping to identify any geographical clusters of crime and how often an aggravated assault occurs.

Voices from the frontline:

“Two guys came up saying I’m afraid of the virus because I was wearing a mask and calling me the ‘P’ word. I felt embarrassed and humiliated.”

“Stabbed by a needle, threats to be jumped after work, spat on.”

“Customer walked me into a corner and threatened my life for not stopping a maskless customer entering the store.”

“Threats, verbal abuse, someone driving a van at me in delivery area.”

“A shoplifter attempted to head-butt me.”

“Smoke grenade set off in store one evening causing fear and disruption.”

“Customer started mocking me and my name. She called me ‘fatty’ and giggled.”

“Had stuff thrown at me, sworn at, screamed at.”

“I was pinned to the wall in the toilet.”

“Improved recording of data will help us understand the extent of the problem of attacks on retail workers and the Act will also highlight to courts particular issues around the sale of age-restricted goods,” says Ash Denham, minister for community safety for the Scottish government.

“There is strong evidence of massive under-reporting of abuse and physical violence,” says. “Shopworkers think there is no point in reporting it as nothing will be done. But the Protection of Workers Act will.”

With a better view of the facts, the onus of how impactful this legislation can be will fall to the police and courts, warns Association of Convenience Stores CEO James Lowman.

“The introduction of legislation in Scotland on the protection of retail workers sends a clear message to offenders that violent and abusive behaviour is unacceptable and will not be tolerated. Now we need the police, courts and businesses to take these offences seriously and use these enhanced penalties effectively,” he says.

“There remains an urgent need for Westminster to provide the same reassurance and protection for retail workers who have been working tirelessly to serve their communities throughout the course of the Covid-19 crisis, and we hope the promise of further scrutiny in this area when the Police, Crime, Sentencing and Courts Bill is debated in the House of Lords in the coming weeks leads to action.”

Usdaw’s Lillis says he has been disappointed that the Westminster parliament has yet to deliver like Scotland.

Last month MPs had the opportunity to back a new law to protect shopworkers from the rising tide of retail crime. However they voted against an amendment to government’s Police, Crime, Sentencing and Courts Bill that would have introduced a new clause that makes attacking a retail worker a separate offence by 350 votes to 233 in the House of Commons.

During the debate last month, Conservative MP Matt Vickers withdrew his clause that looked to bring in similar provisions, after “having received commitments” from the government it will bring forward measures to tackle the issue when the Bill goes through the House of Lords next month.

“The debate has shifted remarkably over the past three years,” says Co-op campaigns and public affairs director Paul Gerrard. “In 2018, it was hardly a topic of discussion in Westminster, except for Labour MP David Hanson. Now, it’s a conversation politicians of all varieties are having.

“The government can now see a piece of law can be crafted as it was in Scotland, and there is cross-party support. I hope this continues to be a non-party political issue. Because if that happens, government will absolutely do what they promised.”

The second reading of the policing bill is set to go through the Lords on 14 September. Retailers in England, Wales and Northern Ireland will be watching with baited breath.