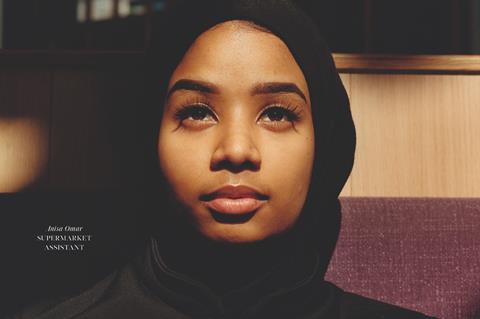 A Waitrose shop floor supermarket worker is set to grace the cover of British Vogue this month as the fashion magazine pays tribute to key workers who have kept the country functioning during the nationwide lockdown.

The July issue of the magazine, which normally features Hollywood celebrities and supermodels on its cover, will be available in three separate versions, with a London Overground train driver and a midwife on the other copies of the special gatefold cover.

Anisa Omar works as a supermarket assistant at the King Cross branch of Waitrose in London, serving customers on the checkouts and restocking shelves.

The 21-year-old had her photograph taken for the cover in her Waitrose uniform while working during a regular shift.

Omar said the experience was “crazy”, but added it was good to be appreciated. 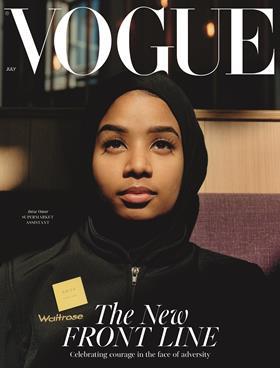 “It’s nice being a key worker,” she said. “My job was not something that was that big of a deal before. But now it’s like we’re important. We have to be here, regardless of what’s happening in the world. It’s more than just a job now.

“Being on the cover of Vogue is not something I ever imagined I would do, but I feel so lucky to be a part of this experience. I live in a house of key workers – both my brother and sister work in different Waitrose branches so we will be excited to see the magazine on sale in our shops when we arrive at work.”

Hawkesworth added: “I didn’t really want to photograph people in action, in the motion of doing their job. I thought it was really important to give them a moment away. It was in the store, so there’s a bit of context, but I like that everybody had their own moment.”

Vogue editor-in-chief Edward Enninful said the coronavirus outbreak had led to society’s attention shifting to people not usually given the spotlight.

“I am proud that British Vogue’s July issue is able to provide a special moment of thanks to the NHS and everyone on the frontline saving lives every day,” he added. “Our trio of cover stars represent the millions of people in the UK who, at the height of the pandemic, in the face of dangers large and small, put on their uniforms and work clothes and went to help people.”