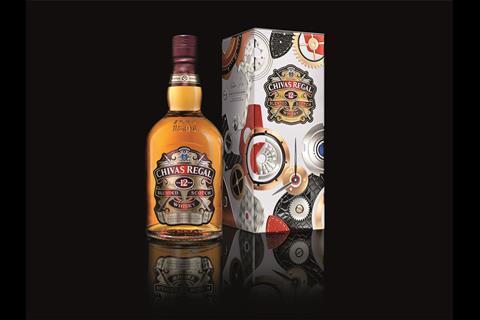 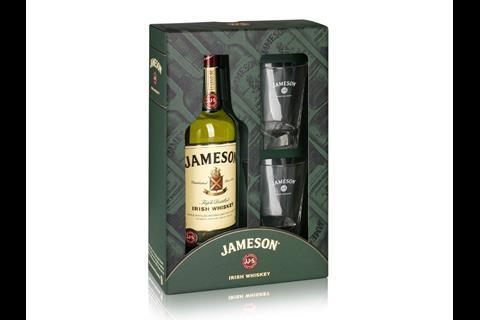 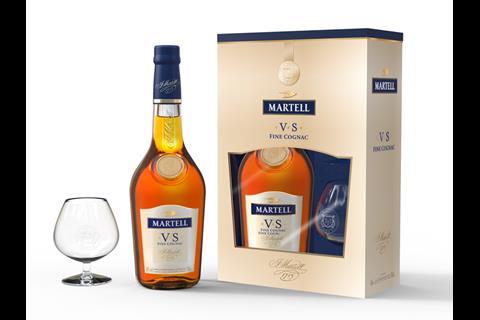 Pernod Ricard has unwrapped its festive range with a host of gifting packs across its spirits, wine and Champagne portfolios.

The drinks giant this week launched a Chivas 12 Made for Gentlemen by Bremont gift tin. Launched in collaboration with luxury British watch maker Bremont, the tin features deconstructed watches and contains a bottle of Chivas 12 blended Scotch whisky (rsp: £27).

Stablemate Jameson will start celebrating the festive season next month with a campaign to highlight the Irish whiskey brand’s craft story and heritage. This will be followed by the launch of three gift packs - one containing the 70cl core whiskey (rsp: £21.95) along with a special pack containing two tumblers (rsp: £25) and a trilogy presentation box comprising 200ml formats of Jameson Irish Whiskey, Select Reserve and Gold Reserve (rsp: £34.99).

Glenlivet also pays homage to its heritage with an 1824 gifting pack containing a bottle of the single malt and two glasses (rsp: £35), while Martell is hoping to entice cognac lovers with a three-strong gift selection: Tricentaire - a boxed edition of its VS expression (rsp: £25.99); a boxed edition of VS with two accompanying glasses; and a Cognac Discovery Collection comprising miniature versions of the VS, VSOP and XO expressions.

Absolut will be tapping the growing thirst for vodka with two gift sets - one containing five miniatures alongside an original bottle (rsp: £12) and a ‘perfect chill’ pack designed for the freezer that comprises five 5cl Absolut flavoured vodkas (rsp: £10).

Pernod Ricard will be hoping the host of activity will encourage shoppers to trade up and build on the 10% growth recorded in premium spirits through the grocery channel in the 12-week Christmas period last year [Nielsen 12 w/e 4 January 2014].

The drinks company will be offering wine lovers a selection of gifting boxes from Champagne houses Perrier-Jouët and GH Mumm, while Rioja brand Campo Viejo will be rolling out price-marked packs across its tempranillo varietal (rsp: £7.49) alongside a Campo Viejo Rioja Gran Reserva 2008 gift pack (rsp: £16.29).