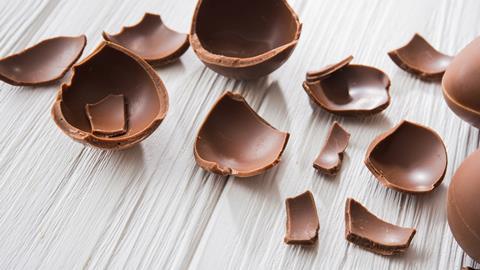 As MPs break for Easter, the UK's post-Brexit trading future is looking bleak

Hooray, Easter is approaching. And with it the prospect of loads of chocolate, and some well-earned days off. Especially for MPs, who’ve been given an 11-day break from parliament as a reward for making absolutely no progress on Brexit whatsoever.

While our PM goes walking in Wales, though, one of her cabinet ministers is still hard at work. Determined to forge a bright future for post-Brexit Britain, trade minister Liam Fox is in Baghdad for a three-day visit to discuss our bilateral trading arrangement with Iraq.

It’s reassuring to know Fox is willing to put in some overtime. His department has so far managed to secure “continuity agreements” with just seven of the 69 countries and regions the UK currently enjoys preferential trading terms with as a member of the EU, so he’s got a fair bit of work to do before Brexit.

But it still doesn’t fill me with confidence about the UK’s future trading prospects. Because while the House of Commons delays its decision on the direction of Brexit – potentially until the oh-so-befitting revised deadline of Halloween – the rest of the world is getting on with business.

The European Council, for example, has this week given the green light for negotiations for an EU-US free trade agreement to begin. Worth an estimated €27bn and €26bn to the EU and the US respectively, the proposed deal would eliminate tariffs on goods, excluding agriculture.

It means the EU stands to benefit from improved trade with the US for things like cars, without having to compromise on its famously tough food safety standards.

Read more: How product safety standards will change in a no-deal Brexit

That’s a stark contrast to the message coming from the US in terms of the sort of trade deal it would be willing to negotiate with the UK. Publishing its ‘negotiating objectives’ for a future trade agreement earlier this year, President Trump’s administration made it very clear that access for US agricultural goods – including the likes of chlorine-washed chicken and hormone-treated beef – will be a big priority for negotiators.

That’s if they start trade negotiations with the UK in the first place. Speaking at the London School of Economics on Monday, US House of Representatives speaker Nancy Pelosi reportedly said a UK-US trade deal was “no given”, and if there were any weakening of the Good Friday accords there would be “no chance whatsoever”. In other words, if the UK crashes out of the EU with no deal, leading to a hard border on the island of Ireland, we can forget about a US agreement.

Trump has already warned Theresa May’s withdrawal deal would make a comprehensive UK-US free trade deal very difficult, so I’m not sure where that leaves us – but it probably isn’t good. And it suggests the US will have no qualms about dictating the terms for future negotiations.

It’s been a similar story when it comes to rolling over our existing deals. Dr Fox’s much-hailed ‘continuity agreement’ with Switzerland has been slammed for failing to include services, which make up 52% of current UK-Swiss trade. And the Department for International Trade has already admitted it won’t be able to roll over the EU-Japan EPA  in time for Brexit. According to reports, the delay is the result of Japanese negotiators seeking much tougher concessions from Britain in trade talks than they did from the EU.

It seems Pascal Lamy, the former head of the World Trade Organization, was on to something when he warned that striking post-Brexit trade deals would not be a quick or easy process. And that the UK – a relatively small island nation – would simply not have the same negotiating clout as the EU, no matter how high its GDP.

Liam Fox has long held up the prospect of securing lucrative trade agreements with ‘third nations’ – particularly the US – as one of the biggest benefits of Brexit. And yet here we are, suspended in political chaos as parliament takes a holiday from the process of trying to work out how best to leave a trading bloc that has either already secured, or is in the process of securing, those very deals.