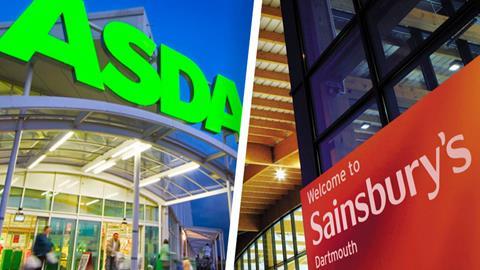 Sainsda's £1bn price promise is eye-catching – but is the timing right?

You’ve got to hand it to Sainsbury’s and Asda. In a bid to get their merger through the CMA, they’ve promised to deliver price cuts worth £1bn to British shoppers over three years.

Blimey. That’s a pretty hefty promise as we teeter on the cliff edge of a no-deal Brexit.

Asda and Sainsbury’s have promised from the outset that they’d slash prices on ‘everyday products’ by 10% if their merger was given the go-ahead, but they’ve previously been a little bit vague on exactly what that would amount to.

Today, though, they’ve spelled out exactly how much British shoppers would save in a bid to assuage the CMA’s fears their merger could lead to “higher prices, reduced quality and choice, and a poorer overall shopping experience across the UK”.

The price cuts would be delivered in stages – with £300m invested in the first year and £700m in the following two, Sainsbury’s and Asda said. And so confident are they in their ability to deliver the £1bn total that Mike Coupe and Roger Burnley insisted they’d be “happy to be held account” on the commitment, and to have their progress reviewed and published annually.

Quite how they can be so confident given the current political climate, though, is beyond me.

Opinion: With the writing on the wall for Sainsda, what now?

Asda and Sainsbury’s say they would fund the price cuts with £1.6bn of cost savings – a big wodge of which would come from “securing lower purchasing prices from suppliers, predominantly by paying the lower of the two prices that Sainsbury’s and Asda currently pay large suppliers for identical product”, they said.

Which assumes suppliers will be able to maintain those lower prices. Over three years. And that’s a pretty bold assumption given the huge uncertainty facing UK food and drink as the Brexit deadline looms.

Sure, the government has promised to temporarily slash tariffs on many food imports to zero in the event of a no-deal Brexit, which would mitigate some of the cost impact on the supply chain.

But there would be tariffs applied to EU sugar, pork and some cheeses, which could squeeze suppliers’ margins in the short term. And who knows what extra cost could be added through delays at the border, or another crash in sterling. Just look at the impact of the CO2 shortages last summer, or what happened to food prices when the pound plunged immediately after the 2016 Brexit vote.

Brexit aside, we’ve also had warnings over global food price volatility this year – with El Niño set to return and climate change threatening to cause havoc with usual weather patterns, and crops. Italy’s olive oil harvest has been slashed in half by an early frost, freak rains and fast-spreading disease, for example. And supermarkets are still hiking prices on crisps as UK potato stocks remain under pressure following last summer’s heatwave.

That includes Sainsbury’s, which hasn’t been immune to recent price pressures. Its average crisp prices are up 9% year on year, while its fresh veg is 2% more expensive on average than last year, and its butters & spreads are up by 3% [Edge by Ascential: 52 w/e 19 March 2019].

Sure, a merged Asda and Sainsbury’s would have a combined buying power that would help it keep the lid on prices. But it wouldn’t magically eradicate the cost pressures facing suppliers, who at the end of the day have to make a certain margin to survive.

It’s admirable that Sainsbury’s and Asda have promised to put two thirds of what they stand to save from the merger back into shoppers’ pockets. But as the UK’s food and drink sector faces some of the biggest inflationary pressures in recent memory, it’s a bit worrying that the discourse in grocery is still focused on price cuts.