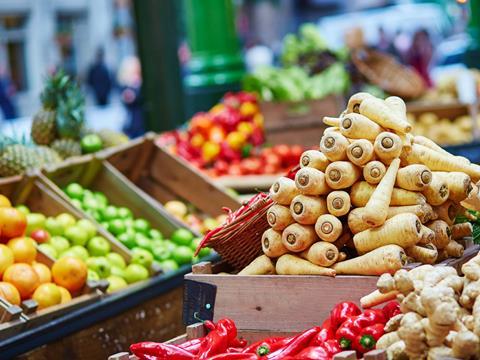 The mults helped Brits stay healthy with more deals on fruit & veg this January, but savings took a dive compared with last year.

There were 309 featured space promotions on fruit and 225 on vegetables in the major supermarkets last month, up 4% on last year [Promo Dynamic Retailers 4 w/e 27 January 2018].

However, average savings on fruit & veg were down by 4% and 2.8% respectively across the mults compared with January 2017. “Produce promotions have increased across all retailers, except Sainsbury’s, but sadly the percentage savings are way down on the same period last year,” says Assosia director Kay Staniland.

Sainsbury’s has slashed average savings on fresh produce the most - from 31.1% in January 2017 to just 22% last month. “Only Asda has a lower percentage saving, of 19%,” says Staniland.

Despite the uplift in featured space promotions on fruit & veg compared with last year, fresh produce still accounts for less than 10% of total promotional activity in most major supermarkets, with the exception of the Co-op, where it accounts for 10.8% of activity.

“The impulse and alcohol categories still remain the most readily available products in featured space locations, but the last month sees health & beauty recording the highest overall savings,” says Staniland. “At this time of year that is to be expected, with retailers heavily promoting remaining stock of gift sets and seasonal lines, whilst preparing to make way for the Easter goodies.”