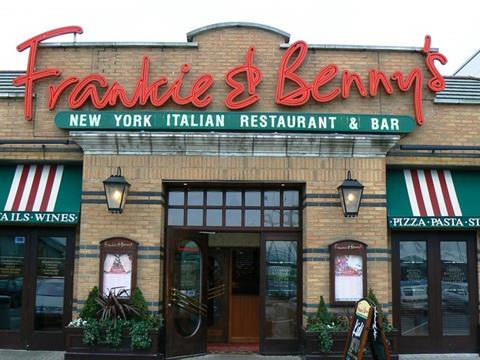 More suggestions of a UK consumer slowdown have emerged this morning as Frankie and Benny’s owner Restaurant Group reported a slide in sales at the start of the year.

Its concessions business – which are located in airports and train stations – saw “strong performance” as passenger numbers grew and favourable weather helped its pub business.

But its core leisure business, including Frankie & Benny’s and Garfunkel’s continued to underperform. The group said it continues to be focussed on the turnaround of this business, which is being helped by an increase in cinema admissions.

“We continue to address the competitiveness of our Leisure businesses and are focused on achieving a sustainable volume-led turnaround,” Restaurant Group stated. “Where opportunities to accelerate our progress present themselves, we will invest appropriately.”

It said it expects to deliver full-year profit before tax in-line with current market expectations.

Additionally in this week’s edition of The Grocer, which will go live later today, alcoholic coconut water brand Twisted Halo is set to launch a £450,000 crowdfunding campaign next week, we look at how the Dunbia-Dawn Meats is driven by a “strategic Brexit hedge” and how McColl’s Jonathan Miller “open to supply deal with Booker”.

On the markets this morning, Restaurant Group has jumped 10.4% to 350.6p as its sales fall was less steep than the market had feared.

Despite plenty of newsflow – both on the market and globally given President Donald Trump’s visit to Europe – it was a quiet day for the market, with the FTSE 100 remaining stable at 7,517.7pts.

Those grocery firms with trading updates yesterday generally struggled in the market.

B&M European Value Retail (BME), fell 2.1% back to 361p despite posting a double-digit rise in sales and profits driven by increased organic growth and its rapid store roll-out programme.

Tate & Lyle (TATE) fared even worse, dropping 5.2% to 749p despite the signs of progress after reporting a 20% increase in adjusted profit before tax with solid performance and increased margins in both its speciality food ingredients and bulk ingredients businesses.

Fever-Tree (FEVR) fell 2.1% after the sale of 4.5 million shares by co-founder Charles Rolls. PayPoint (PAY) also slipped back 2.8% to 959.5p after posting its annual results yesterday.

Marks & Spencer (MKS) slipped back 1% to 389.3p after its gains on Wednesday, while Greencore fell back 3.4% after its share price rise on Tuesday.